Source: DECR
Natalya Mihailova | 12 December 2014
On December 8, 2014, with the blessing of the rector of Ss Cyril and Methodius Institute of Post-Graduate Studies (CMI), Metropolitan Hilarion of Volokolamsk, the CMI students met with the head of the European Union’s delegation in Russia, Mr. Vygaudas Ušackas. 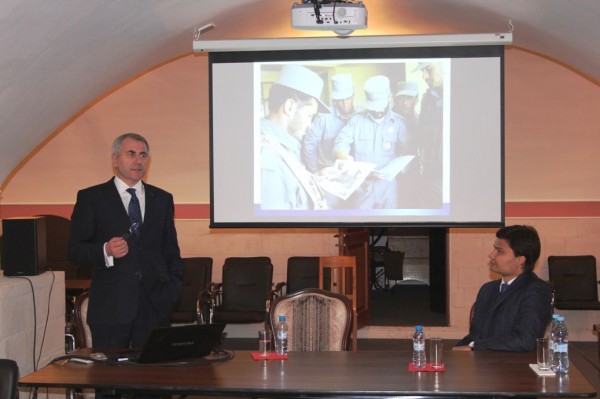 The guest spoke on the organization of the European Union’s diplomatic department, the EU’ basic tasks, areas of work on the world arena and international humanitarian projects. Mr. Ušackas also shared his three year-long experience of work as EU special representative in Afghanistan, especially the projects for improving the education system in that country.

The diplomat was asked questions from the audience about the role of moral values in the EU policy, the situation of the Christian population in the Middle East and North Africa and the personnel policy of the EU diplomatic service.

Mr. Miguel Palacio, the CMI Chair of External Church Relations, acted as moderator of the meeting.

After the meeting with students, Mr. Ušackas had a talk with Hieromonk Ioann (Kopeikin), CMI pro-rector for training.