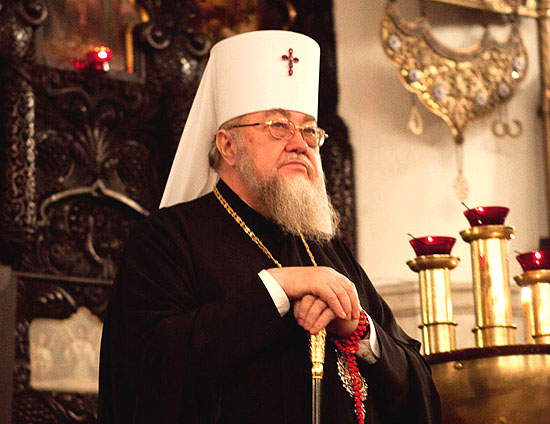 “The fact that Orthodox dioceses are being seized by force in Ukraine and Orthodox Ukrainians are facing discrimination has come as an unpleasant surprise to us. Where are the state authorities? Why aren’t they protecting people and advocating their religious rights? Ukraine wants to be a democratic state, but there should be order in democracy,” the head of the Polish Orthodox Church said at a meeting with deputy director of the External Church Relations Department of the Ukrainian Orthodox Church Archpriest Nikolay Danilevich in Warsaw.

During the meeting, the Ukrainian priest, who attended an Organization for Security and Cooperation in Europe session in the Polish capital, told the metropolitan about violations of Orthodox worshippers’ rights in Ukraine, seizures of churches and certain resolutions issued by local authorities discriminating against the Ukrainian Orthodox Church.

For his part, Metropolitan Savva spoke about the closure of the Saint Cyril and Methodius Monastery in Poland after it became known that the monastery’s priests had conducted religious services together with representatives of the self-proclaimed Kiev Patriarchate.