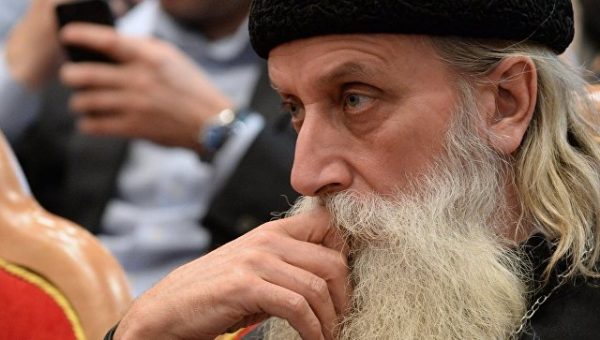 “Injuries of the schism are too deep. We are very different in our core, in our rites and spirit. We will never accept their rites and they will hardly return to the Old rite in the neatest future,” he said in his interview with Kommersant daily on Monday.

He characterized existing relations with the Moscow Patriarchate as peaceful co-existence and thanked authorities for equal attitude to the both Orthodox Churches.

The metropolitan also believes that good neighboring relations between the Old believers and the Moscow Patriarchate “help people to be kind to each other, live in peace, help society struggle against alcoholism, drug addiction, abortions.”

Russian President Vladimir Putin visited the Old believers’ spiritual center at the Rogozhskoye Cemetery on May 31 and the metropolitan called this event “historic”. “In the past we could not even imagine that tzars or general secretaries will visit our center in Moscow,” he said.