Head of Synodal Media Department: “Orthodox Journalism Can Only Be Christ-centered”

Source: Pravmir (Translated from the original in Russian)
Natalya Mihailova | 25 September 2014
September 23. Vladimir Legoyda, Chairman of the Synodal Information Department, presented a special edition of “Freedom and Responsibility: In Search of Harmony” by His Holiness, Patriarch Kirill, at a meeting with participants of the Sixth International Orthodox Mass Media festival themed “Faith and Word” on September 23. 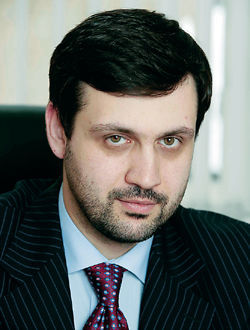 The Synodal Information Department (SID) reported that Vladimir Legoyda pointed out that the development of Orthodox journalism without the aim of being a witness to Christ is a dead-end road.

During his presentation, the chairman of the SID stressed that the topic of freedom and responsibility for an Orthodox journalist is more pressing than ever. It helps him or her avoid using concepts that are foreign to Orthodox tradition while they are writing about socially important issues.

The chairman of the SID mentioned that Orthodox journalism should be a matter of depth rather than width – meaning that it should not develop extensively, increasing its subject matters in order to achieve a larger audience, even if it appears to be effective in gaining popularity.

“When people talk about a crisis in Orthodox journalism, it is not a reason for mutual accusations, but an opportunity to reconsider their own activities and to compare its results with the aim of being a witness to Jesus Christ. If this leads to a decrease of interest in Orthodox mass media, we should consider it to be a professional and spiritual challenge,” Mr. Legoyda noted.

“Testifying to the Truth is always relevant,” he concluded.