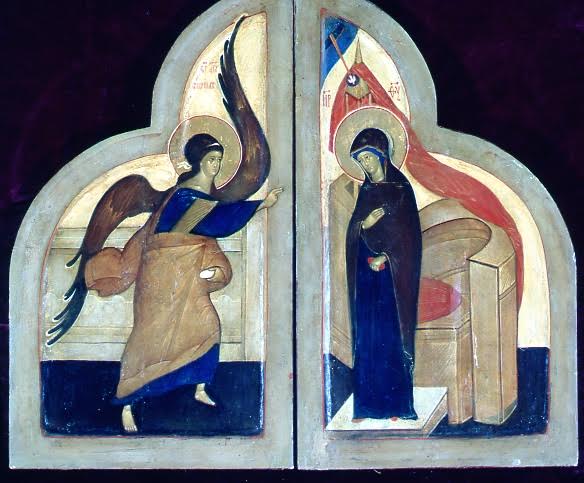 On November 20, 2015, the Henry Luce Foundation announced a grant award of $250,000.00 to Saint Vladimir’s Orthodox Theological Seminary here to fund a three-year study of the Sacred Arts, with an emphasis on “material spirituality.”  Through a series of conferences, workshops, and seminars to be held in the fall of 2016 through the spring of 2018, the grant award will allow seminary faculty to survey the current landscape of the field of Sacred Arts and to explore the distinctive contribution Orthodox Christian theology can make within it.

“More often than not, the Sacred Arts are studied in isolation, as ‘sacred music,’ ‘sacred art,’ or ‘sacred texts,’” noted Dr. Peter C. Bouteneff, Professor of Systematic Theology at the seminary, “but the liturgy, among other things, impels us towards a holistic approach to the Sacred Arts.

“Instead of thinking exclusively in terms of history, culture, or aesthetics, the Sacred Arts ought to invite a consideration of how the holy, the true, is enfleshed through human creativity,” he explained.  “The opportunity to partner with the Henry Luce Foundation with a grant award of $250,000.00, will allow our faculty to lead such an integrated exploration and help us identify and refine our unique contribution.”

Dr. Bouteneff, along with Deacon Evan Freeman, doctoral candidate in the Department of the History of Art at Yale University and lecturer in Liturgical Art at Saint Vladimir’s, will be directing the exploration through five events, based on the seminary campus.

In explaining the particular significance of the final two events, Deacon Evan said that “although Orthodox liturgy and liturgical arts are often described in spiritual terms—sometimes even in opposition to the material world—it is precisely through the matter and materiality of iconography and architecture, liturgical vestments and vessels, and even the sacraments themselves that the Spirit is revealed to us.

“In a time when most of our lives are becoming increasingly ‘digital’ and ‘virtual,’ this project aims to explore the importance of matter and materiality in the Orthodox tradition,” he added.

The grant award was given through the Henry Luce Foundation’s Theology Program, which aims to “advance understanding of religion and theology,” through projects that “cross religious, disciplinary, and geographic borders,” and through support for “scholarship that is theoretically sophisticated, historically informed, critically reflexive, and practically invested.” Read more on the Luce Foundation’s website.