Hierarch of UOC-KP to UOC-MP Clergy: Orthodox Churches of Ukraine Should Merge from Below

On March 17 in Luhansk, the Ukrainian Orthodox Churches of the Moscow Patriarchate and the Kyivan Patriarchate were called to dialogue. With a proposal to create a committee to begin negotiations with respect to uniting the churches, Bishop Afansiy of the Luhansk Eparchy of the UOC-KP appealed to Archbishop Mytrofan of Luhansk and Alchevsky of the UOC-MP and Bishop Nykodym of Severodonetsk and Starobilsk of the UOC-MP, RISU correspondent Diana Steshenko reports. “The situation in the Ukrainian state has come to the point that today society is on the brink of fratricidal conflict. Dividing people in the middle of the state on religious grounds further contributes to the aggravation of the situation … Who else but us, Orthodox clergy, should set an example of love, unity, and peace. The power of the people is in unity, in unity we will overcome all difficulties and only in unity will we maintain the Ukrainian state,” said Bishop Afanasiy. 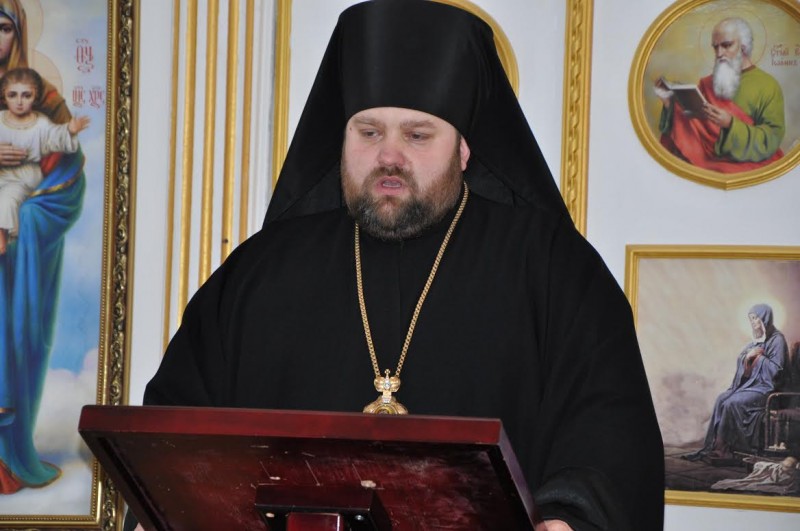 He believes that initiatives from below will help unite the churches.

“Our church has been engaged in dialogue with the UOC-MP on the question of uniting for a long time, commissions were created, but it all happened from ‘above.’ And it led to nothing. The initiative should come from ‘below.’ When people want to unite on the local level, then patriarchs will have to follow the lead, because the church is the people, and the people’s will is the church’s law,” he said.

Bishop Afanasiy also appealed to the clergy and parishioners of both eparchies of the Moscow Patriarchate.

“The principle ‘in an independent state, an independent (autocephalous) church’ is the principle of the Orthodox tradition, not an invention by modern politicians, as liars try to tell you. I urge each of you to feel a personal responsibility before God and the church to overcome the existing division. Do not just wait for ‘someone somewhere above’ to decide that it’s time to unite – it should be done by everyone, everyone should contribute to overcoming hatred, forging good relations with representatives of the Kyivan Patriarchate in the place of their ministry,” he said.

Addressing the faithful of the Ukrainian Orthodox Church-Moscow Patriarchate, he said: “I want to once again assure everyone that the Kyivan Patriarchate discourages, does not support or endorse the pogroms or seizures of UOC-MP churches. We believe that the only way to overcome the division is peacefully. In this regard, we urge all our supporters to resist any provocative appeals and to remember their Christian dignity and responsibility.”

He added that parishioners will not have their rights restricted as a result of the unification of the churches.

“There will be no changes in the parishes – all the clergy will remain the same, all churches will continue to work,” he said.

As for the “language issue,” the bishop said that there will no pressure in this regard either – all services will be conducted in the language that is common in the area.

Most viewed articles
Metropolitan Hilarion: The unity between the Ukrainian Orthodox Church and the Russian Orthodox Church is preserved249
How to Get Rid of Spiritual Infantilism?112
How to Respond to Opposition to the Gospel110
A Piece of Rock Falls Down on the Skete of St. Anna on Mt. Athos94
Three Words82
His Beatitude Metropolitan Tikhon Issues Statement on Tragic School Shooting in Texas74
Romanian priests in Madrid draw conclusions on the benefit of praying together with family members57
test1
Most popular authors
Metropolitan Hilarion (Alfeyev)249
Priest Andrei Chizhenko112
Archpriest Basil Ross Aden110
Pravmir.com team94
Archpriest Geoffrey Korz82
Metropolitan Tikhon of All America and Canada74
Aurelian Iftimiu57
Maria Trushanina1