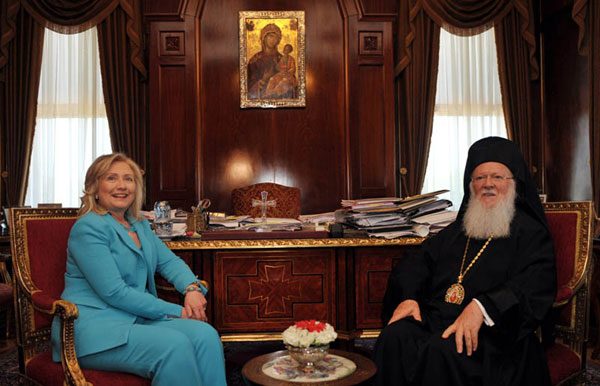 “For the last quarter century, the world has been blessed to have the spiritual leadership of Ecumenical Patriarch Bartholomew, who has taken unprecedented steps to deepen cooperation within the Orthodox sects and to establish inter-religious dialogues with other Christian churches as well as with Muslim and Jewish communities. His All Holiness has worked tirelessly to move the Orthodox Church forward and repair bonds that have frayed over the centuries, including by being the first spiritual head of the Eastern Orthodox Christians to attend a papal inauguration since the Great Schism, and convening the first Great and Holy Council of the Orthodox Christian Church in over 1,200 years. I have had the great honor of seeing Patriarch Bartholomew’s spiritual leadership for myself, and am inspired by his work on human rights, religious tolerance, and environmental protection. I send my best wishes to His All Holiness on this momentous milestone.”