His Beatitude Metropolitan Onuphry: Any Person Can Become a Saint

Source: Union of Orthodox Journalists
Holiness is not given for dignities or titles, but for love of God and humility before His will.
Pravmir.com team | 03 September 2019 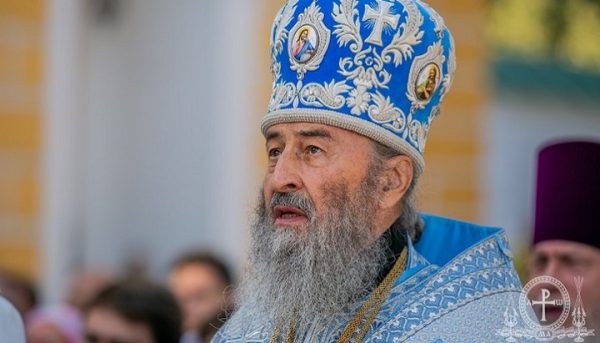 Only if a person lives according to God’s commandments and in humility, then he follows the path of holiness. The Primate of the Ukrainian Orthodox Church, His Beatitude Metropolitan Onuphry of Kiev and All Ukraine, said it in his sermon on August 31, 2019, on the feast day of the holy martyrs Florus and Laurus, the Information and Education Department of the UOC reports.

Telling about the feat of the early Christian martyrs Florus and Laurus, the Primate recalled that “among the saints there are people of different rank and status, of different social backgrounds and different levels of education.”

“But holiness is given neither for looks nor for rank or dignity, but for how much a person loves God, how he humbles himself to the will of God, how much he is thankful to God for all the blessings that the Lord sent and continues to send to us and with which he fills each of us,” said His Beatitude.

He emphasized that only “if a person lives according to God’s commandments, in humility, then he follows the path of holiness; otherwise no matter what he is dressed in, no matter what office he holds, he fails to reach salvation.”

At the same time, according to Metropolitan Onuphry, anyone can become a man of God, but this requires determination.

“One needs to take the Holy Gospel, read it and act in their lives as it is written in this Book,” he explained. “If we observe remotely evangelical commandments, then each of us can become a saint.”

At the end of the sermon, the Primate wished that “the Lord, with the prayers of Sts. Florus and Laurus, would help to live on earth according to Divine laws, according to the laws of love, because God is Love and so His commandments are.”

“A person, who lives according to the commandments of love, embodies love himself, and when a person is filled with love for God and neighbor, he becomes a holy man,” the Primate emphasized.