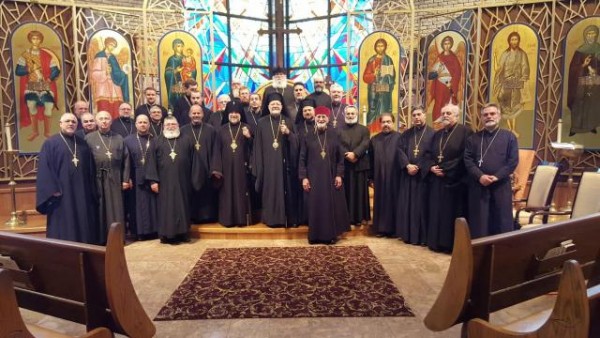 Other hierarchs in attendance were His Eminence Archbishop Michael (Dahulich) of the OCA diocese of New York and New Jersey and His Grace Bishop Nicholas of the Antiochian Archdiocese. The retreat was attended by more than 30 members of clergy and was led by Metropolitan Joseph. The theme for the retreat was “Holy Nation, Holy Diaconate, Holy Priesthood and Holy Episcopate.” 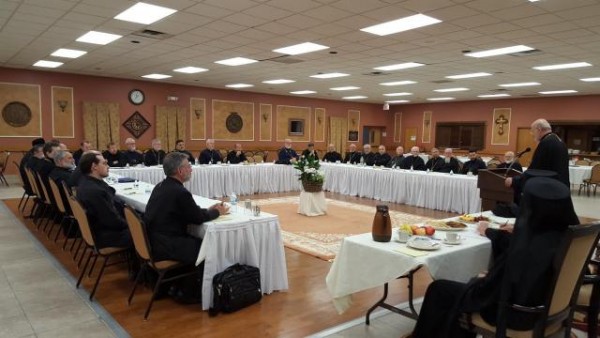 His Eminence focused on the key attributes that must be present in every Orthodox Christian across the categories of layman, deacon, priest and bishop, emphasizing the need for holiness and decorum. 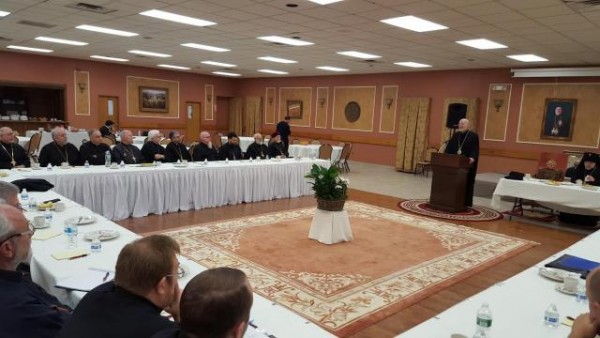 After lunch, a lively question and answer session took place. The assembled clergy asked about the state of Orthodox unity in America, the plight of the victims of the terrible violence in Syria and other questions which dealt with the day to day issues which are faced by the pastor of any Orthodox parish. The retreat began with opening prayers in the church and ended with daily vespers. His Eminence intends to encourage these gatherings on a periodic basis.