Source: DECR
Natalya Mihailova | 21 February 2015
On 19 February 2015, His Holiness Patriarch Kirill of Moscow and All Russia met with His Beatitude John X, Patriarch of Antioch and All the East. 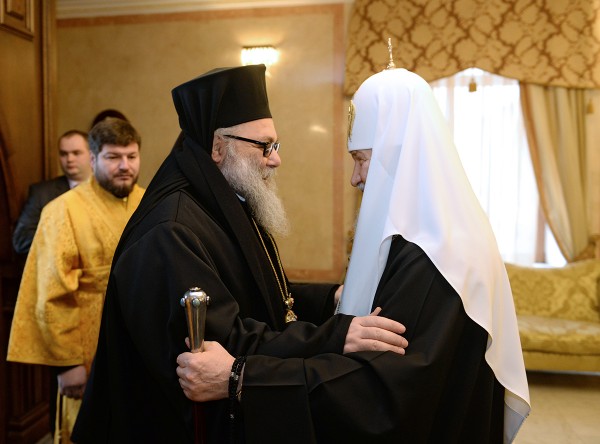 Attending the meeting, which took place in the Patriarchal and Synodal residence at St. Daniel’s stavropegic monastery, were Metropolitan Varsonofy of St. Petersburg and Ladoga, chancellor of the Moscow Patriarchate; Bishop Sergy of Solnechnogorsk, head of the Moscow Patriarchate’s Administrative secretariat; Bishop Tikhon of Podolsk, Patriarchal vicar; archpriest Igor Yakimchuk, DECR secretary for inter-Orthodox relations; and deacon Feodor Shulga, a staff member of the DECR. 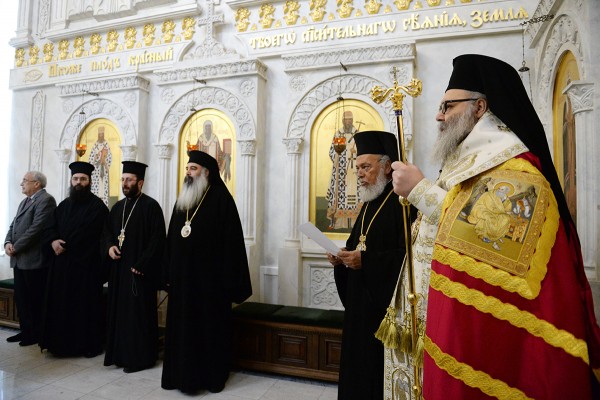 The talks were preceded by a prayer service at the Church of All the Saints Who shone Forth in the Land of Russia. After the service, His Holiness Patriarch Kirill greeted the high guest, underscoring that the relations between the two Churches date back to antiquity and that the Russian Orthodox Church venerates the saints of that time, including the faithful children of the Church of Antioch, such as St, Ignatius Theophoros, St. John of Damascus, and St. John Chrysostom.

His Holiness continued to say: ‘We recall with gratitude the role played by the Church of Antioch at the Councils of the late sixteenth century for the establishment of the Moscow Patriarchate, and, certainly, a special role of His Beatitude Patriarch Joachim V of Antioch. The eight Patriarchs of Antioch who visited Moscow had to cover a long distance in old times. 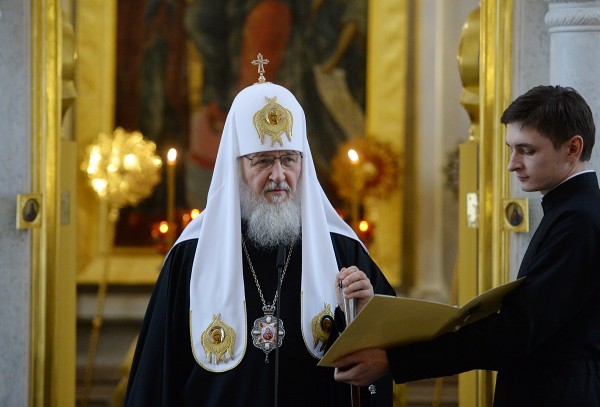 ‘His Beatitude John X paid an irenical visit to the Russian Orthodox Church in 2014. We talked about sorrows and suffering of your people and your Church. Regrettable, little has changed for the better, and we know that your suffering flock continues to uphold their faith and their right to live in their historical land.

‘They need your voice, your example and your prayers. Whatever is happening in the Church of Antioch and on the lands in its care affects prospects of the very existence of the Orthodox Church in the Middle East. It means that all your undertakings directly concern the entire Orthodoxy, its unity and prosperity. That is why you have been named a prize-winner of the International Foundation for the Unity of Orthodox Christian Nations.

His Beatitude Patriarch John X said that the assistance of the Russian Orthodox Church was very important for the people Syria, Lebanon and Iraq and thanked the Primate of the Orthodox Church for his support and asked for prayers. 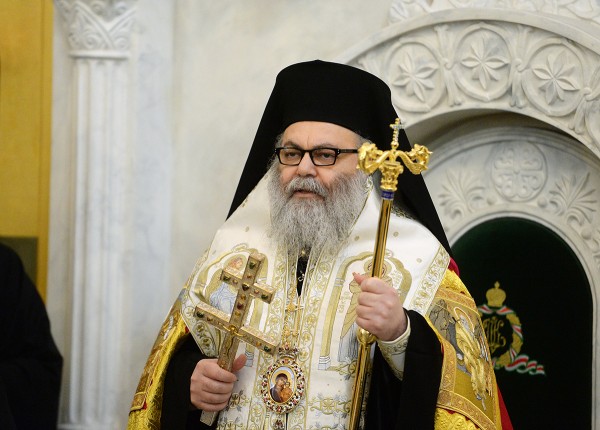 During the talks His Holiness Patriarch Kirill noted that the irenical visit of His Beatitude had given an important impetus to the development of relations between the two Churches and underscored the importance of the activity of the Representation of the Patriarch of Antioch to the Moscow Patriarchal See adding that Metropolitan Nifon of Philippopolis enjoys prestige among diplomats and representatives of stet authority and – most important – among his flock.

His Holiness appreciated the work done by hegumen Arseny (Sokolov) as a representative to the Patriarch of Antioch and expressed hope that it will facilitate the development of bilateral relations including those in the field of peacemaking and humanitarian mission.

His Holiness noted with satisfaction the development of students exchange and the growing interest to the Arabic language among the young Russians. For instance, two students of the Kazan theological seminary are willing to study it at the University of Balamand.

The Primate of the Russian Orthodox Church spoke at length about the situation in Syria and in the Middle East. He said that the Church makes efforts to stop the bloodshed, abductions of people and executions of the hostages and continues to render humanitarian aid to the victims of hostilities in the Middle East. His Holiness mentioned close cooperation between the Church and the Imperial Orthodox Palestine Society, which is the reason for awarding prizes to Patriarch John X and Mr. Sergei Stepashin, head of the IOPC.

His Beatitude thanked Russian people and state authorities of the country and personally Patriarch Kirill and the Russian Church for assistance and support and expressed appreciation of the stand taken by the Russian Orthodox Church on the Middle East conflict.