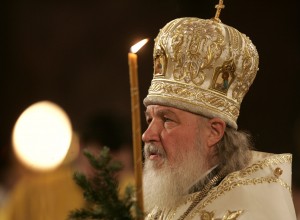 On 20 April 2013, His Holiness Patriarch Kirill of Moscow and All Russia sent a message of condolences to Mr. Xi Jinping, President of the People’s Republic of China, over the earthquake in China’s Sichuan province, which had claimed the lives of many people. The text of the message is given below.

Please, accept our deep condolences over the natural disaster that has befallen China. The Russian Orthodox Church shares the grief of the Chinese people, caused by grave consequences of the earthquake in the Sichuan province. The earthquake has claimed the lives of many people and inflicted sufferings on tens of thousands of Chinese citizens, leaving many families homeless.

I express my deep condolences to the families of the dead and pray for all those injured and for those who have lost their families and friends. I wish fortitude and strength to the leadership of the People’s Republic of China in their work for overcoming tragic consequences of the catastrophe.

Please, convey my words of condolences and support to those affected by the disaster, and my wishes of a speedy recovery to the injured.