His Holiness Patriarch Kirill of Moscow and All Russia congratulated the Pope of Rome, Francis, on his election as the head of the Roman Catholic Church. The text is given below.

To His Holiness Francis, Pope of Rome

I congratulate you on your election to the eminent and responsible position of being the First Hierarch of the Roman Catholic Church. 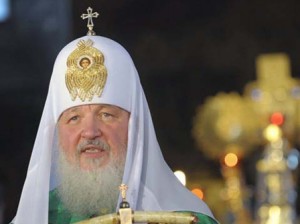 Under your predecessor, Pope Benedict XVI, the relationships between our churches received a new momentum and were characterized by a positive dynamism. I sincerely hope that Your Holiness would promote co-operation between our two churches in the spirit of brotherly love and mutual understanding.

At your accession to the papacy you chose the name Francis, which recalls famous Catholic saints who have served as an example of sacrificial devotion to alleviating people’s suffering and zealous preaching of the Gospel. In your choice one can see your desire to continue to care for the poor and the afflicted, which you showed in compassion and love over the many years of your service in Argentina, carrying the message of Christ crucified and risen to the modern world.

This same mission is now a priority for the Russian Orthodox Church, opening the possibility for co-operation and interaction with the Roman Catholic Church.

Orthodox and Catholics should be determined to combine their efforts to protect harassed and persecuted Christians in various parts of the world, as these people need our support and aid. We need to labour together for the affirmation of traditional moral values in modern secular societies.

Please accept, Your Holiness, my best wishes for peace, spiritual strength and physical vigour, so that the generous support of God would come to you in the carrying out of your responsible ministry.

With fraternal affection in the Lord,