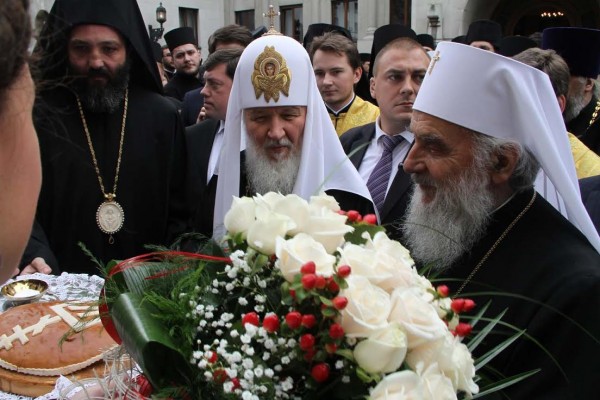 I cordially greet you with the fifth anniversary of your election to the Throne of the Archbishops of Peć, Metropolitan of Belgrade-Karlovci and Patriarchs of Serbia.

Your have been carrying on your shoulders a heavy cross of primatial ministry for five years. As the spiritual father of the Serbian people, you tirelessly exert your efforts to the rooting of your large flock in Orthodoxy so that they keep faithfulness to the time-honoured traditions and be ‘fruitful in every good work, increasing in the knowledge of God’ (Col 1:10).

With warm recollections of our fraternal meetings in Belgrade I prayerfully wish you peace, gracious strengthening of your health and bountiful divinely help in your future labours to the glory of the Holy Serbian Orthodox Church.