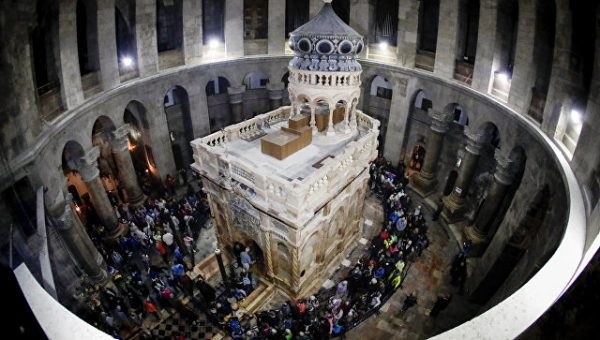 Holy Fire descended in the Church of the Holy Sepulchre in the Israeli city of Jerusalem.

Patriarch of Jerusalem Theophilos III handed it to those who gathered in the church, including to the delegation which will deliver the Holy Fire in special lamps to Moscow later in the day.

Holy Fire symbolizes the miraculous light of the Resurrection of Christ and is considered a shrine for Chistians. Holy Fire’s appearance on the eve of Orthodox Easter after prayers of the Orthodox Patriarch, the clergy and thousands of pilgrims is called “the Miracle of the Holy Fire [Holy Light].”