Source: RT
Natalya Mihailova | 19 October 2016
Queen Elizabeth II has held a historic meeting with Kirill, the Patriarch of Moscow and All Russia, who is on an official visit to the UK to mark the 300th anniversary of the Russian Orthodox Church’s presence there. 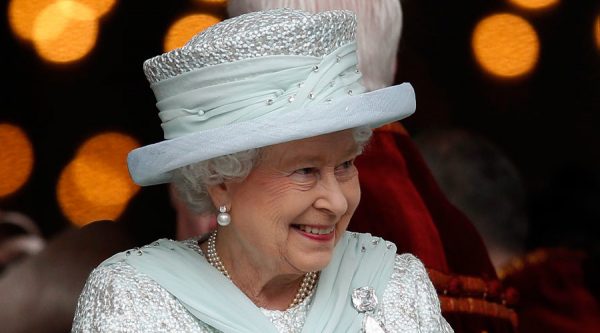 The meeting was held Tuesday behind closed doors in Buckingham Palace, the Queen’s official residence in London, and lasted for about a half-hour, the Patriarch’s secretary, Alexander Volkov, said.

“Patriarch Kirill told the Queen about the revival of the Church in Russia in the past 20 years, the construction of churches, the development of theological science, the growing number of dioceses, and in general about the spiritual growth in Russia,” Volkov said.

The discussion between the Patriarch and the Queen was also “devoted to the position of Christians in Europe,” he said, adding that “the Patriarch is very enthusiastic about the results of this meeting.”

“I am very pleased with the [results of] this meeting and I must say that I did not expect it to… take place in such an atmosphere and at such active level as it did,” the Patriarch told journalists during a press conference at Luton Airport, near London.

“This conversation has made a very good impression on me, both intellectually and emotionally,” the head of the Russian Orthodox Church said.

The Patriarch also congratulated the Queen on her 90th birthday, which she celebrated earlier this year.

He also said that he was “glad to see the Queen in the best of her health,” and congratulated “the Queen, the Royal Family and the British people” on that. “Monarchy is above the momentary political issues. It allows the British people… to rely on the full strength of their national tradition,” the Patriarch stressed.

He gave the Queen the Icon of “Our Lady Who is Quick to Hear.” The Queen presented the Patriarch with portraits of herself and her husband.

Earlier Tuesday, Patriarch Kirill met Archbishop of Canterbury Justin Welby, the Church of England’s most senior cleric, to discuss Christianity in Europe and those challenges the Church in Europe faces now, Volkov said.

Patriarch Kirill is on a four-day visit to London. It is his first official visit to the UK as head of the Russian Orthodox Church.

On Sunday, hundreds of people, including the Archbishop of Canterbury and Prince Michael of Kent, gathered in London’s Cathedral of the Dormition of the Mother of God and All Saints to attend a historic service conducted by Patriarch Kirill.

After the Service, Kirill addressed people who had gathered for the festivities, emphasizing that both the Russian Orthodox Church and the Church of England play a critical role in international relations and peacebuilding measures, even under the current political circumstances.

“The Church is a community open to everyone, [it] erases all human controversies. Even a very rich man stands next to the poor one, high-ranking officials stand next to the common people. The Church should also play a role in international relations. Through faith, through the Church, the soul of a nation is manifested,” the Patriarch said.