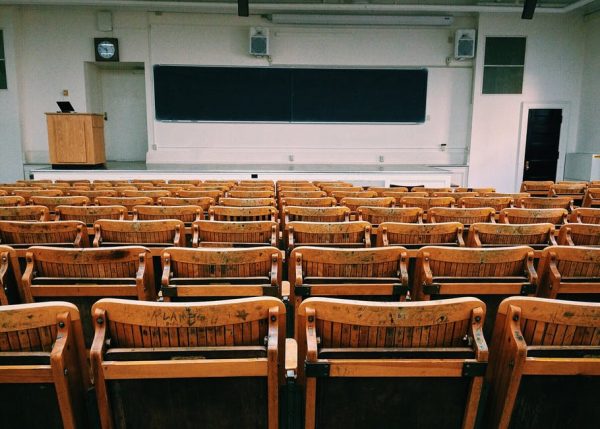 The nationwide lockdowns may lead to a bigger shift in the way American families do school. A new RealClear Opinion Research poll of 2,122 registered voters reveals a big increase in parents who might keep homeschooling their children after the pandemic ends, and many more support having educational choices.

The poll shows that 40 percent of families are more likely to use homeschooling or virtual school education after lockdown restrictions are lifted. And 64 percent support having the choice of a public or private school, according to The American Federation for Children.

John Schilling, president of the American Federation of Children said, “Every single family with kids in school has been incredibly disrupted by the lockdowns. With 55 million students no longer in their normal educational setting, families are clearly considering new options and many are seeing the benefits of homeschooling and virtual schooling.”

“Policymakers should note that there is a strong desire to have these and other educational options available to families, with both strong support for the general concept of school choice and even stronger support for a specific federal proposal, Education Freedom Scholarships,” he added.

Among the 64 percent who support having a choice of whether to send their child to the public or private school, 75 percent were Republican and 69 percent live in an urban area.

Schilling emphasized that these findings suggest the need for educational improvement.

“This is the time for leadership and for desperately needed bold reforms to be implemented across our K-12 education system,” he said. “Millions of families are seeing the inadequacies of school districts that are too inflexible. We owe it to our nation’s families and students to give them more flexibility and additional educational options.”

And, from the 69 percent of parents who participated in the poll and support federal-funded Education Freedom Scholarships, 74 percent were African-American, 72 percent were Hispanic and 67 percent were Caucasian.

Among the majority supporting these measures are younger parents between the ages of 18 and 34.

As the world searches for a way to recover from the COVID-19 impact, experts warn the pandemic could…

Seraphim Mosaic Revealed with Removal of…

Most viewed articles
The Judgment of God153
Do You Worship God or Yourself?146
Worldwide government restrictions on religious freedoms highest in more than a decade92
Seraphim Mosaic Revealed with Removal of Scaffolding in Hagia Sophia64
Give Thanks At All Times58
Archbishop Anastasios of Albania Released from Hospital55
Veteran Zinaida Korneva Raised Over 4.5 Million Rubles for Families of Doctors who Died from COVID-1954
Palestinians May Limit Christmas Celebrations in Bethlehem46
Metropolitan Anthony: Happy People Will Change the World42
Priest Criticizes the Idea that Coronavirus Vaccine Is the Seal of the Antichrist36
Most popular authors
Pravmir.com team289
Archimandrite Peter153
Metropolitan Antonius146
Priest Luke A. Veronis58
Irina Sycheva54
Press Association46
Fr. John Parker1