Source: DECR
Natalya Mihailova | 03 April 2015
On 28 March 2015, the Youth Department of the Patriarchal parishes in the USA arranged a festive concert dedicated to the 70th anniversary of the victory in the Great Patriotic War. 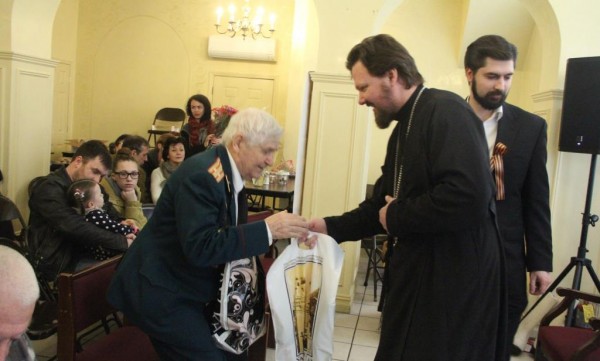 Invited were the veterans of war and home front workers residing in the city, their relatives and members of the patriarchal parishes in the USA and of the Eastern American diocese of the Russian Orthodox Church outside of Russia.

Bishop Ioann of Naro-Fominsk greeted the audience and thanked the veterans and all those who labored for the sake of the great victory, wishing them good health. He noted that they continued their service by telling the new generation about their deeds thus giving a good example of selfless love of the Church, the Motherland and their neighbours. Winners of the international competitions, pianists Anna and Dmitry Shelest, and Gleb Ivanov, a winner of the Young Concert Artists International Auditions performed pieces of the national and world classical music. 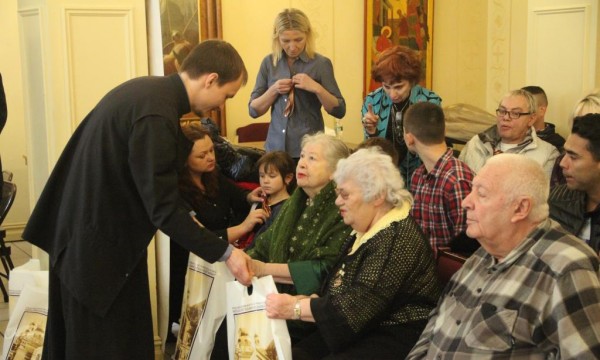 During tea party, the veterans shared their reminiscences with the parishioners and all the guests.