How a Famous Writer Wanted to Change New Testament, But Instead Found Faith 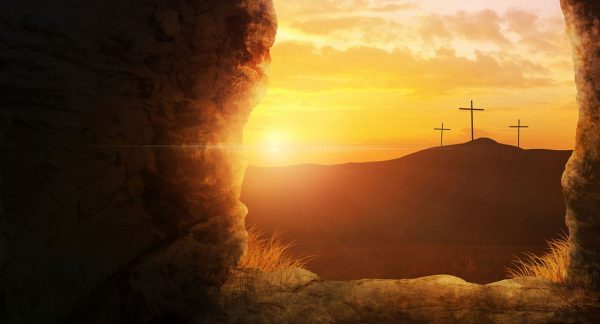 Sergei Lukyanenko, a famous Russian writer, spoke about his path to God in an interview with the magazine Orthodoxy and Modernity.

Sergei Lukyanenko got his first ideas about God from the book “Biblical Legends” written by Zenon Kosidovsky. The future writer read it when he was still an ordinary Soviet school student. He read it with pleasure, but not as a retelling of the Bible, but as an ordinary book about the life of interesting people.

Agnostic Sergei did not show interest in issues of faith even in his youth: both demon and an angel were the same for him, whether there was God or not – science did not know. Lukyanenko fought neither for religion, nor with religion.

Sergei preferred to read science fiction by Efremov, Strugatskikh, Saymak, Azimov, Bradbury… He read a lot, anything he could get. From science fiction he switched to fiction, classics… Once he decided to compose something himself. He wrote his first short story. It was called “Beyond the Forest, Where the Malicious Enemy is”.

The writer told Ekaterina Ivanova, a correspondent of Orthodoxy and Modernity:

“This text is still published in my collections, although it is quite simple in concept. I wrote it and was surprised to realize that it was quite good. Then I wrote a few more stories, plucked up courage and decided to write a novel. And so it began. I wrote in a notebook, by hand. I was extremely fascinated by the process of creating a text.”

In the late nineties, Sergei worked on the novel Cold Shores. At the beginning, the idea of ​​the novel had nothing to do with a religious theme. But suddenly he came up with one fantastic assumption…

“King Herod killed Christ in infancy. But God gave humanity a second chance. And it was not the Son that appeared, but the Stepson of God – a man endowed with tremendous, almost divine power. A good man. A wonderful person. But still, just a man. And this man is walking the path of Christ. Using his power, he avoids the shameful crucifixion on the cross, takes power in Rome and tries to create a just world there. Naturally, he fails, because human nature contradicts it.”

Lukyanenko himself now says about this story: “From Christianity’s point of view, the fantastic assumptions I made there are blasphemous.”

The writer admits that he would not have written Cold Shores if he had already been a believer. But at that moment he was only trying to honestly tell the story as he saw it himself. Even being a non-believer, Lukyanenko believed that one should not scoff at faith, faith is sacred.

Nevertheless, while working on Cold Shores, the young writer believed that he had already had enough knowledge of the New Testament and could change all “absurdities” in it, as he saw them at the time, and show “how everything should have been in reality”…

But in the process of writing the novel, it turned out that his knowledge was frankly lacking. He had to reread the Gospel – more than once, or twice… And then he read the apocryphal Gospels…

“And the more I read, the clearer I understood that there is no absurdity in the actions of Christ,” the writer recalls. “You simply cannot dissect the Good News from the point of view of human logic, because it does not lend itself to any human logic. But if you make the assumption for yourself (see, I approached the question from a scientific point of view) that Christ is really the Son of God, then everything falls into place. This is how, by a purely logical way, I came to the conclusion that God exists, and everything written in the Gospel took on meaning for me.”

The novel was completed in two months. And when Lukyanenko wrote the last word in the novel, he suddenly realized that … he believes in God! At least three years passed from feeling like a believer to being baptized. Three years of searching and thinking.

His wife, who herself was baptized at the age of 16, was delighted with her husband’s decision. His friend, Vitaly Kaplan, Editor of the Culture Department of the Orthodox journal Foma, helped him to go through the first steps in the Church.

“As a rule, my readers, and among them there are priests and scientists-theologians, understand that this book is one’s path in search of God. There were, of course, those who believed that this was a blasphemous book. Maybe they are somewhat right. But I do not regret writing Cold Shores, because this book led me to faith.”