Archpriest Alexander Iliashenko, father of twelve and grandfather of more than thirty, offers advice to mothers juggling family and household responsibilities – and, indeed, to all who experience the stress of having more responsibilities than they can easily manage.

Doing a lot – that’s our lot. It’s no mistake. It only becomes a mistake if we can’t manage, if we can’t deal with everything we have to do. There are exceptions, of course, when someone is sandbagged with something he really can’t deal with on his own. But such instances are rare. If we’re talking about our daily lives, then of course we need to learn how to do many things at once. And it’s important not to do them just “any old how,” but to do them well – and not just “whenever,” but on time. That’s a very difficult science, one that you have to spend your whole life learning and that you have to try to do more.

Recall, for instance, the late Igor Vasilyevich Kurchatov, the great scholar who also worked under conditions of terrible overload, especially when they were building the atomic bomb. They had to solve extremely difficult scientific and technical problems in a hurry, while bearing huge amounts of responsibility. He, of course, had a huge sleep deficit. I don’t know if he had any opportunity to restore his nervous system, but he always had such reserves of humor and benevolence towards people, such an extraordinary sense of purpose, that he managed no matter what. But this came at a price: he died quite young, not quite reaching the age of sixty. 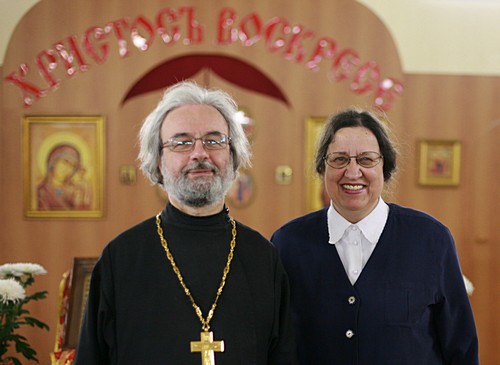 As for moms: every mom, when she puts her baby to sleep during the day, should also use this time to get some rest herself. Even if it’s just fifteen or twenty minutes, she should relax a little, ease her nerves, come to herself, and get rid of her physical stress. A short afternoon break can go a long way in restoring your strength. If you’re running around in circles all day then, unbeknownst to you, your productivity will fall, you’ll start fussing, and instead of working you’ll just get tired out from all this fuss. But if you can manage to restore your strength a bit, then you’ll avoid this fuss and be able to work vigorously and fruitfully.

Evening’s the most difficult time of day, when everyone’s tired, your husband’s comes home from work tired, and you’re tired yourself. The kids are worn out by the end of the day, too, whether or not they’re still nursing. If mom has been able to build up a reserve of strength and vigor, then all is well. By thus overcoming these kinds of difficulties, she avoids stressful situations, times when the strain is just too much. 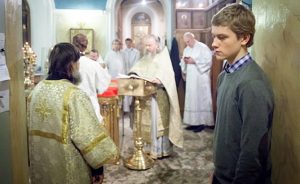 Today we celebrate the memory of one of the greatest saints known to the history of the Church:…