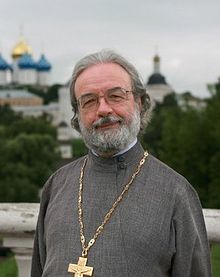 Today we celebrate the memory of one of the greatest saints known to the history of the Church: Mary of Egypt. She spent her life not as an ordinary person, but as a highly spiritual one, as an angel in the flesh. Her life was beyond our comprehension: how can someone live for forty-seven years in the desert, perfectly alone and in silence, enduring terrible demonic temptations and the horror of death? The only kind of person who could take on such an ascetic struggle is one who loved Christ with all her being and was prepared to renounce even her natural human needs. And the Lord, beholding this extraordinary resolve, this extraordinary love, granted her everything needful. We do not understand how, spending forty-seven years in the desert, she did not perish from hunger, thirst, or disease. But the Lord strengthened her in this ascetic struggle by His grace-filled power.

St. Seraphim of Sarov was asked: “How do our times differ from those of the first Christians?” St. Seraphim replied that we do not share their resolve to follow Christ everywhere and at all times, to be with Him alone until the end. Here Mary of Egypt, embarking on this path after the most terrible fall that can be committed, rose to unattainable heights.

Today’s Gospel reading is about how Simon the Pharisee invited Jesus Christ to be his guest [Luke 7:36-50; reading for St. Mary]. When a sinful woman heard that the Savior had taken His place at table in Simon’s house, she brought a vessel with precious myrrh. Weeping, she washed His feet with her tears and wiped them with her hair. She anointed His feet with the precious myrrh that was traditionally used in worship for anointing the head. She saw and understood Who was before her. But Simon and the others began to murmur: How can He allow a sinful woman to touch Him? But the Lord said: Why do you upbraid her, when you yourselves have not observed the elementary rules of hospitality? You have not washed your Guest’s feet to ease the heat and you have not anointed His head with ointment, but she has anointed My feet therewith. Since she loved much, her many sins are forgiven. 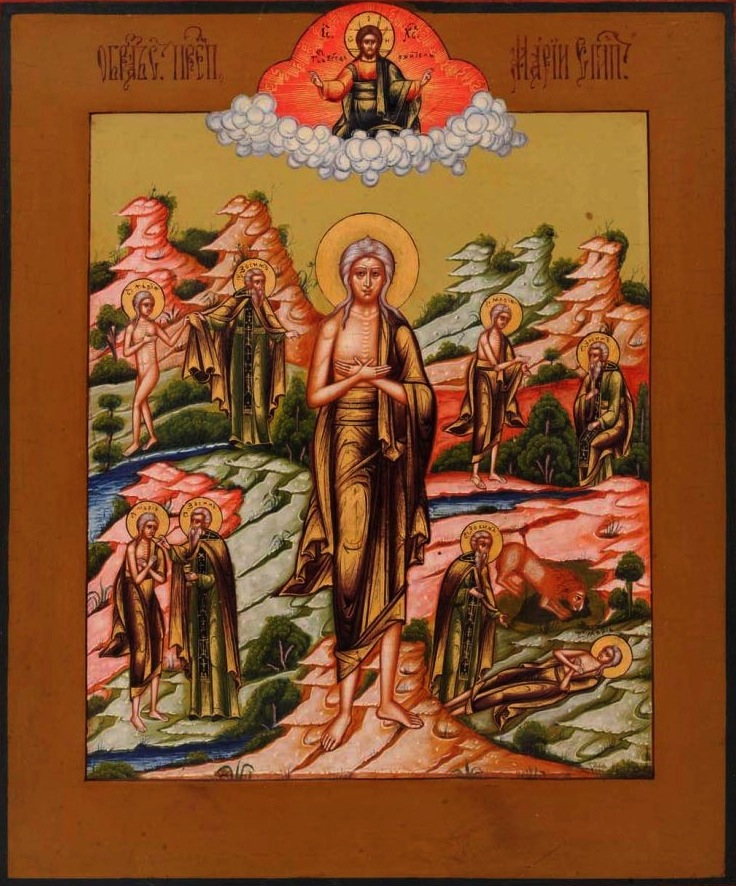 It was the same with Mary of Egypt: she so loved the Lord that He not only forgave her terrible and innumerable sins, but raised her to the heights of holiness. Like the Lord, she walked on water by God’s power. Also like the Lord – Who loves everyone and all of humanity, Who cares for each one of us, Who strives to grant everything that is needful for salvation – she prayed for the entire world. It is said that the world coheres by the prayers of the righteous. And indeed, there are men of prayer who pray not only for those closest to them, but for everyone. They pray in such a way that they are ready to sacrifice everything, that the Lord might have mercy on us and save us. They put all their strength into prayerful entreaty for our sinful world. We differ from these saints in that we do not have that resolve, that love and selflessness, which the Holy Venerable Mary of Egypt expressed so clearly.

In these remaining days of Lent, let us try to make an effort to make up for what we have not managed to accomplish in the days of the fast that have gone by. Only one week is left before Holy Week begins. Each of us should resolvedly battle against and defeat his sins: if you have quarreled, then do not quarrel; if you have judged, then do not judge – but if you do judge, then repent immediately; if you have been disobedient, then be obedient, obliging, and solicitous; if you have been offended, then do not take offence. Put all your effort into overcoming those sins from which we, and those around us, suffer so much. May God grant that, through the prayers of the Holy Venerable Mary of Egypt, the Lord might strengthen us in spiritual warfare! The Gospel reading concludes with these words: Thy faith hath saved thee, go in peace (Luke 7: 50). May God grant that we be strengthened so that our faith might be saving! Amen.