How Not to Teach a Child to Ask for Forgiveness?

Source: Pravmir (Russian)
And how to stop making excuses ourselves?
Ekaterina Sivanova | 13 April 2021 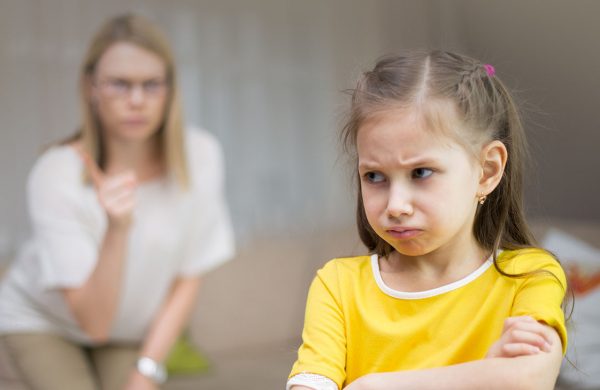 “Mom! I won’t do it again,” says the child for the hundredth time. And he hears: “What won’t you do again?” This question often remains unanswered. The phrase sounds in the “password – answer” mode. And then the children grow up and do not want to ask for forgiveness. Why? Psychologist Ekaterina Sivanova explains.

“This is bad because I said so.”

How does a little person learn to discern what is good and what is bad? Of course, he or she is taught by adults.

Surely you have seen situations when one kid throws sand in the face of another, and then sincerely wonders why his friend first screams, and then his parents take him somewhere. The child himself has never experienced this sensation: there is sand in his eyes, he simply does not understand what the problem is.

Then everything depends on the adult who accompanies the child on the walk. The adult may scream and say, “Oh, how bad you are” or “What are you doing? How can you do that?” Or he can explain that it is very painful and unpleasant when sand gets in your face and eyes, that it is very difficult to wash it and your eyes can then hurt for a long time.

In cases where an adult behaves according to the principle: “This is bad because I said so,” the child cannot understand what happened, and will not have the feeling of doing anything wrong.

But such an adult will not stop at merely shouting at his child. He will puzzle the kid with the fact that now he must apologize to the one who was offended. This is how a chain appears in the child’s mind: I am always to blame, I have to apologize, no matter what. This inevitably leads to the formalization of the process.

So, a small person should understand what is happening and what he is doing wrong.

I Always Feel Guilt Towards My Mother

Often, a “password-answer” mode with apologies appears in the relationships between parents and children at home.

“I always feel guilt towards everyone. Towards my husband, towards my children, towards my boss, even towards a salesperson in a store. I began to think about it and it has been like this since my childhood. I endlessly apologized to my mother. For what? For everything. Really, everything. And even if I didn’t ask my mother for forgiveness, when I asked my father for permission to do something, like going for a walk, he told me, “Apologize to your mother, and you can go”.

This is a classic example of what happens in many families and what results it leads to.

A child turns out to be guilty because of his birth or because of his position in the family (for example, the youngest or the oldest one). It never occurs to anyone that this person has the right to be presumed innocent simply because he is a human being.

Why doesn’t a child want to ask for forgiveness?

There are children who do not ask for forgiveness in general. This happens for several reasons:

1. “I don’t understand what I did wrong and what they want from me.” See the text above: the adult’s job is to explain and instruct.

2. A child is afraid. For example, by apologizing, he admits that he did something wrong and that is why he is a bad person. He does not have the knowledge that the one who sincerely repents is definitely stronger than the one who does not admit his guilt. Again, an adult is needed here, who will patiently explain to the child the essence of forgiveness.

3. This is just a stubborn person. There are also such children. “I will not apologize, and that’s it.” Again, the adult must find the keys [to his heart] and talk endlessly, for the sake of the future of this child too.

4. He grows up in a family where one of the adults boasts of his principle: “I never apologize.” For example, a father who flaunts it in some everyday situations or while driving. Or maybe this is a mother who says to her daughter: “Never ask for forgiveness from men, it makes you vulnerable.”

5. No matter how much the child apologizes or whatever he does to prove his remorse, this does not lead to a change in the behavior of the adult or the one he offended. It happens once, twice, three times and so on, and the person concludes: “There is no point in asking for forgiveness.”

Yes, it is very important that in the process of upbringing a person receives “positive reinforcement”: a reaction to his repentance. Adults know that when you sincerely ask for forgiveness, you are freed from a heavy burden, regardless of the reaction of the person, towards whom you feel guilt. They know that the inner work here is more important than what happens on the outside. But in order to reach this level of awareness, it is extremely important to be supported by an adult in one’s childhood.

The Price of Freedom

I would also like to talk with you about excuses, which we often substitute for repentance and teach our children this. How deeply it has penetrated into our lives.

I began to notice that I didn’t even think about how I did it myself. From the outside, I seem completely impenetrable, but inside there is this treacherous voice of excuse:

I do not call my brother and aunt – I make excuses.

I do not pay due attention to all the children and my daughter-in-law – I make excuses.

I do not take Holy Communion during a fast as I planned – I make excuses.

I’ll be honest here, while making a confession I try to make excuses faint-heartedly.

Look at the word itself – excuse [in Russian excuse is opravdanie where the part pravda means truth – Tr.]. As if the truth needs to be changed, made comfortable, so that it can roll like a bun along a path.

But the truth is, after all, angular, harsh and pretty ugly. But how free it is in its nakedness, how much power and light it has.

I remember how I learned to do it. More precisely, I was taught to do it by all adults, without exception. I understand them. I myself have become such an adult. Only recently I was able to say to my youngest son, who screwed up and began to make excuses: “Listen, there is no need to make excuses. We both know and understand what happened. May I hug you and we can cry over this together?”

More often, I made excuses for not being the kind of daughter, [my parents wanted me to be]. And for feeling too much and too brightly. It’s so painful. And there is so much freedom when you stop justifying your existence, and remain yourself, the way God intended you to be.

Live one day with no excuses. Release yourself from the prison of your own expectations. Accept yourself for who you are.

Try it. But be careful: you may like it even taking into account the enormous responsibility for yourself and your life (as we said in childhood: “There will be no one to blame this on, but yourself”).

Yes, your children will stop doing this, and you may have a feeling of loss of control, loss of power over them. The price is high. But in return you will receive freedom and a person who will know how to repent and sincerely ask for forgiveness.

Story of One Social Science Question

"Will you stay with your sick mother or will you leave her?" a teacher asked my son during…

What Should You Do if Your Child Doesn’t Do Well in Distance Learning? 5 tips from psychologist Ekaterina Sivanova

Deadlines and "recesses" spent in the fresh air will help

Why did many people fail to preserve their personal boundaries during lockdown?