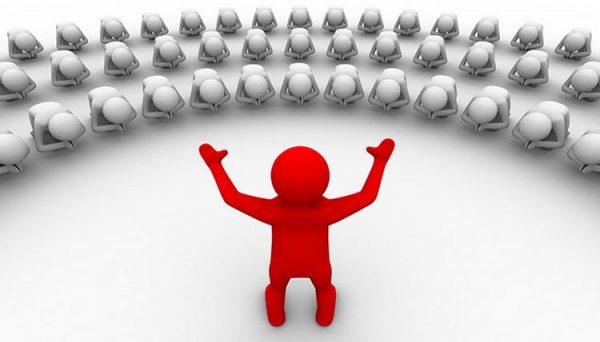 Almost every day I come across stories of how a prolonged contact with a certain, often famous, priest led to most disastrous consequences, disappointment, and different forms of life catastrophe. Unfortunately, the existence of sectarianism within the Church has not been news for a long time. This problem was also discussed by the Holy Synod. However, everything written bellow is relevant at the moment.

How does the problem of unhealthy groups formed around a certain priest arise? Many factors contribute to it, but it seems that the most important one is a completely unhealthy reverence for a young priest, who faces it during the first days after his ordination, which often occurs quite early. The young man of 22-23 years old is addressed by people who are often several times older than himself. They trust him. They reveal their secrets. Moreover, they frequently thank him for something that happened supposedly by his prayer. To put it briefly, we often transfer our respect for the dignity to its carrier in an entirely superfluous way. It may deprave some of the fathers who are not prone to perceive themselves critically and ironically.

Based on my church life experience, I will list some tips for a person who starts attending the Church. I think following them would help avoid a priest, who deceives himself and, involuntarily, his congregation:

— Cautiously treat unhealthy expressions of love and reverence. For example, when a priest leaves the altar and people rush to him to get his blessing, ignoring everything around them, or when “our father” is discussed more in the parish than God.

— Do not go to confession to the one inclined to tell you about the only right way, direct, and forbid (“not bless”) one thing or another, while that thing does not imply direct violation of virtue or morality.

— Do not make your confession to the one who pries in your relationship with your husband/wife with unsolicited advice and who takes (especially passionate) interest in your sex life.

Aside from these warnings, I would also like to say the following:

— Do not look for a spiritual father who will lead you by the hand all your life. Dear friends, responsibility can only be PERSONAL. One who wears a robe can easily speak and advise, but the consequences of bringing these tips to life will befall ONLY on you. It is your personal life, your personal burden of freedom and responsibilities.

— Remember that even the most pleasant and sightly priest is merely a human. A human who is sometimes angry, irritated and who makes mistakes. He can be smart or stupid, silly or wise, but he does not have all the answers. Sometimes he too is afraid of life and its hardships. Apostle Paul said for a reason: “You are bought with a price; be not ye the servants of men” (1 Corinthians 7:23)

— Remember that nearly all real-life displays of religion happen outside the temple: at work, at home, with one’s relatives and colleagues. Know that the main manifestation of spirituality is not the severity of prayer, but rather the ability to abandon resentment, for example, to stay truthful, and to be responsive – and the list goes on.

Personally, telling people something that they do not want to hear is the hardest thing to do in…