The Poison of Pride 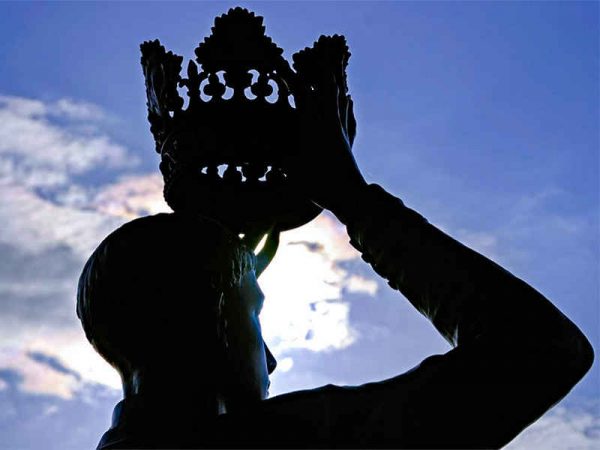 The devil once appeared to Saint Serapion and appeared as an angel of light. “I am the Archangel Gabriel” the devil announced “and I was sent to honor you,” hoping to deceive the holy monk. Saint Serapion, however, renown throughout the desert for his holiness, quickly responded, “Surely you have come for someone else. Who am I to ever have an angel visit me? I am nothing but an unworthy servant” and he turned away from the angel of light. The devil, confused and astonished at the utter absence of pride, didn’t know what to do and simply departed from the holy one.

There’s another story about the famous Abba Arsenius who was listening attentively to the spiritual wisdom of an illiterate peasant monk. Others in the monastery looked on a bit scandalized and reprimanded the great Arsenius, “How is it that you, who know Greek and Latin and are renown throughout the desert, consult this peasant about his thoughts? To which Arsenius responded, “I do indeed know Greek and Latin, which contain the wisdom of the world, but I have not yet succeeded in acquiring even the alphabet of what this peasant knows. His wisdom is of another world.”

Does that make any sense to us? Society teaches us to be proud, to be sure of ourselves, to show off what we know and who we are. We, so often, promote ourselves especially when we’ve done something noteworthy. It’s OK to take pride in ourselves, the world tells us, and what’s wrong with being recognized, what’s wrong with a little praise and acknowledgment.

Yet this spirit of the world stands in contrast to the ways of God. The starting point for all sin is pride as it’s the beginning of a turning away from God, a rebellion against God. C. S. Lewis sums it up like this, “Pride leads to every other vice; it is the complete anti-God state of the mind.”

The root of pride is the ego and the ego always promotes itself, it puts itself in the center of everything. Our pride may try to mask itself with self-respect combined with false piety but it is still egocentric pride and it leads to comparing ourselves with others, to judging others.

We see this so clearly in the Gospel story today of the Tax-Collector and the Pharisee. The Pharisee was a deeply respected religious leader who strove to follow every detail of the Mosaic law. He prayed daily. He gave 10% of his money to the Temple. He fasted twice a week. He stayed away from any evil acts and tried to obey God’s law piously. From an external perspective, the Pharisee was a model Jew. Yet in the story, Christ does not praise this religious man but condemns him! Why? Because the Pharisee spoiled all his good deeds with his arrogant and self-righteous way of judging others. He looked at the tax-collector, who was a sinful man, with contempt, saying, “God, I thank you that I am not like other people: thieves, rogues, adulterers, or even like this tax collector.”

Once we start thinking highly of ourselves and begin looking at other people with contempt, once we start comparing ourselves with others, no matter who they are, and thinking that we are better than them, we have given in to our pride. We have allowed our ego to gain control in our lives.

There is the story of the ascetic Abba Ammon, who was renown throughout the Egyptian desert for his holiness. One day the monks of the monastery wanted to judge a fellow monk who had fallen into some serious sin. So, they sent a message to Abba Ammon, who was living alone out in the desert, to come to the monastery and help them judge their fellow monk. He refused. Again, they sent another message insisting that they needed Abba Ammon to come. After refusing numerous times, he finally accepted to come back to the monastery. When he entered the monastery, all the monks came to greet him and saw him carrying a large sack of grain over his shoulder but the sack had a hole in it and he left a trail of grain behind him as he walked. The monks understood there must be some message here and asked him what it was. Abba Ammon simply stated, “You insisted I come back to the monastery to judge my brother for some sin he has committed, yet my sins are constantly falling behind me. Who am I to judge another?” The monks understood the danger of judging another and forgave their fellow monk.

“Do not judge others so that you will not be judged,” Jesus proclaimed.

In the Gospel of today, the Pharisee highlighted his own “goodness” but unfortunately did not “know himself” well. He lauded his own meticulous obedience to the Law, yet God looked within his heart and found the cancer of ego and pride eating away his soul and undermining all the good things that he did. He gave in to the spirit of thinking too highly of himself in relation to others, instead of thinking of himself only in relation to God.

Last week we talked about the extreme humility of the Canaanite woman who took no offense when Jesus seemed to ignore her and even call her a little dog. She accepted His assessment and humbly responded, “Yes, but even the dogs eat the crumbs that fall from their Master’s table.” This week we see the humility of the sinful tax-collector, who in contrast to the Pharisee simply falls on his face and cries out, “God, be merciful to me a sinner.” He knows he’s a sinner and falls before God asking for His mercy. The Lord accepted his spirit of humility and wiped away his sins.

This contrast of arrogantly judging others versus humbly acknowledging one’s sins, between self-assurance and self-righteousness vs. contrition and repentance leaves us much to reflect upon as we prepare for our upcoming Lenten Journey. Catholics and Protestants began their Lenten journey this past week with Ash Wednesday. Great Lent for us begins three weeks from now on March 15. We have these weeks to prepare for our 40-day journey of fasting and spiritual disciplines, to look at ourselves and evaluate whether we allow our ego and pride to act as a poison in our souls. Remember the Pharisee and how his self-assurance and pride led him to judge others.