How to Win the Virtues

The season of Great Lent for us as Orthodox Christians is for one thing only, the “winning” of the virtues. These are the 40 days given to us, (the “tithe” of the year according to Dorotheus of Gaza,) in which we acquire the virtues that come through the grace of the Holy Spirit.
Archpriest Paul Jannakos | 19 February 2010

The season of Great Lent for us as Orthodox Christians is for one thing only, the “winning” of the virtues. These are the 40 days given to us, (the “tithe” of the year according to Dorotheus of Gaza,) in which we acquire the virtues that come through the grace of the Holy Spirit.

For the sake of clarification, a virtue is a good habit or disposition that is gained through a wise and ordered way of life. According to the pagan classical tradition, to be “virtuous” meant to be manly. In the typically Roman sense, to be “manly” meant to have as a part of ones character the qualities of courage, discipline, duty, forthrightness, justice, tenacity, dignity, and the like. Classical literature abounds with discussion of the historical Roman and Greek gods and heroes who best exemplified these qualities. Nevertheless, with the appearance of Jesus Christ, something quite new enters into the picture in that the old Greco-Roman virtues not only changed, and changed quite dramatically at that, but were also seen to have as their source the person of Christ – instead of philosophy. No longer did one look to any one of a number of philosophical schools, to the school of Aristotle, or to the school of the Stoics to learn about virtue, but to the Jesus Christ Who is now the living embodiment of everything humanly good. 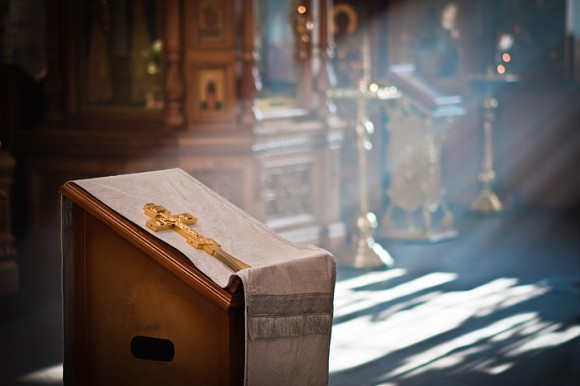 In the person of the incarnate Son of God we encounter love, mercy, kindness, meekness, gentleness, justice, wisdom, purity, peace, and patience, all of which constitute that which is most beautiful in our humanity. This, too, is the most distinctive feature of Orthodox spirituality, the affirmation that the only true and lasting beauty there is lies in the shining forth of the virtues that belong to the humanity of Jesus Christ. As we sing during the Lamentations on Holy Friday, “Thou O my Christ art more beautiful than all the sons of men.”

To grow up in Christ and aspire towards “the fullness of His stature” as St. Paul says is therefore possible on account of the incarnation of the Son of God. The Son of God ma de flesh is the New Adam, and as such, is the source of God’s infinite goodness. Becoming one in Christ by sharing in His resurrected humanity consequently involves the acquisition of all of the virtues revealed to us in the gospel. The New Testament is replete with examples of this. The virtues are the harvest of faith Christ alludes to in many of His most famous parables, i.e., the parable of the sower, the parable of the 10 bridesmaids carrying their lamps, the parable of the talents, the parable of the fig tree, the parable of tenants in the vineyard, and the parable of the Last Judgment. As Christ said at the Last Supper, “For by this is my Father glorified, that you thus bear much fruit and so prove yourself as my disciples.” (John 15:8).

By description, the virtues are these: humility, mercy, chastity, temperance, generosity, gratitude, and diligence. These are the divine qualities we gain by “putting on Christ” – after having first been baptized into Him. “For as many of you as have been baptized into Christ, have put on Christ.” (Ga. 3:27). Nor are the virtues external to our humanity, but internal, meaning that they are an inherent part of human nature. From this stance, the passions belonging to the Old Adam, to the carnal way of life, can only be s een as “failed virtues.” Pride, or inordinate self-love, is failed humility. Anger is failed mercy. Lust is failed purity. Gluttony is failed temperance. Sloth is failed diligence. Avarice is failed generosity. Envy is failed gratitude. Although these passions are the source of one’s sins, and are deeply rooted within each of us as a consequence of being the children of Adam and Eve, born “outside of the gates of paradise,” they are still, nevertheless, to be understood from the outset as being “contrary to nature” as St. Maximus the Confessor says. “Every passion is a movement of the soul that is contrary to nature.” (From the Centuries on Love). Consequently, to repent of our sinfulness means to return to a “mode” or a way of existence that is the most natural for each of us: to live in an unending state of loving communion with God.

God has given to us the gift of another Great Lent. Are we ready to fight the good fight? Are we ready to start uprooting the evil things hidden within so that we might be truly human once again?