The difficulty of living in this era as an Orthodox Christian is thus realizing that we have been seated in the corner of the world’s classroom and that a cone with the label “dunce” has been placed on our heads for all to see.
Archpriest Paul Jannakos | 05 October 2010 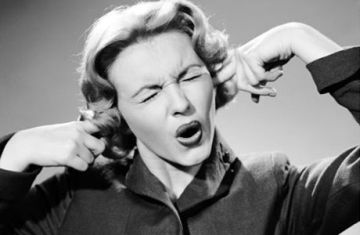 It is not easy to be an Orthodox Christian in the modern world. Or more accurately, in what is now called by the historians and sociologists, the “postmodern” age, where the only truth is personal opinion, and where the fallen human will to will whatever it wants, no matter what the consequences may be, is the only supreme and sovereign good.

But then again, to be a follower of Christ has never been easy in any age or culture, pagan, secular, or otherwise. Even in the so-called “golden era” of the patristic age, from the 4th through the 8th centuries ad, troubles and tribulations abounded. St. Athanasius the Great, ardent defender of the Nicene Creed, took to the desert in order to be hid from death by the Egyptian monastics no less than 5 times. St. Basil the Great, author of the Church’s most beautiful Liturgy, died with only a few bishops at his side who had not “bowed their knees to the Baal” of the Arian heresy. At that time, towards the end of the 4th century, the entire Byzantine Church had succumbed to the Arian creed, as decreed by the Emperor! St. John Chrysostom was exiled from his throne at the Great Church of St. Sophia’s in Constantinople not once, but twice, dying from the hardships he encountered during his second exile. A century later, St. Maximus the Confessor was tortured, once again by the Byzantine authorities, on account of his refusal to give in to the heresy of “monotheletism,” the false teaching that Christ only had one divine will. While imprisoned, his tongue and right hand were cut off in order to prevent him from confessing the truth of the faith – no longer could he speak, no longer could he write. These are just a few examples showing that things were not so “golden” during these earlier centuries of Church history.

Today there is no doubt in my mind that the greatest error of this age is the denial of something more elemental than let’s say, the Church’s doctrine of the two natures of Christ, or that the Virgin Mary is indeed, the “Theotokos,” the Mother of the Son of God – the Second Person of the Holy Trinity.  The problem we currently face is, instead, more fundamental in that it deals not with the “Who and What” of the Divine Reality, but with the “who and what” of human reality. For at the heart of the secular view of the world, is the assumption that we human beings are at the very best,  “tool-making” mammals, naked apes. Any talk of the beauty of the soul, of eternity and the love of God, or the transcendent calling of life has been proscribed from our vocabulary, simply because such dangerous ideas belong not to world rational thought, but to the realm of superstition and myth. So they say.

The difficulty of living in this era as an Orthodox Christian is thus realizing that we have been seated in the corner of the world’s classroom and that a cone with the label “dunce” has been placed on our heads for all to see. Even worse, at least in my mind, is the fact that there are many Christians content to sit there with their faces to the wall and pretend that things are not so bad as they would seem. But deny it or not, the reality is that we Christians have been expelled from the public forum, and the so-called “secular elite” has made sure that the power of law, politics, and academia, remains squarely in their hands. One is no longer allowed to speak with any seriousness of thought to the possibility that human existence contains within itself anything higher and nobler than the physical brain, which thereby regulates all emotions, thoughts, decisions, and actual behaviors through the firing of electrical impulses through its billions and billions of neurons. All of human life is here seen as being an electrical-chemical phenomenon, and nothing more.

Yet to preach Christ in this “day and age” simply means to remind everyone we possibly can, and in whatever way we possibly can, that we cannot be truly human unless we move beyond that which is merely physical in order to see the eternal mystery of Christ within the human soul. We human beings are made from the dust of the earth, no doubt. And yes, we do share vital a solidarity with all living things – flora and fauna. But it is wrong to think that this is all there is to the phenomenon of a living, human person.

Which brings us to the final point. For if the holy fathers of the Church suffered and died for their belief in the full divinity of the Virgin’s Son, (“light from light, true God of true God”) we today must not be afraid to defend the next logical supposition of this teaching, which is that the Son of God became the Son of the Virgin precisely in order to show us the way towards our truest goal, to achieve deification, to become by grace all that God is Himself by nature. “And the LORD God formed man of the dust of the ground, and breathed into his nostrils the breath of life; and man became a living being.” (Gen. 2:7).

The breath of life by which we live is the eternal life of Christ given to us as gift through the outpouring of the Holy Spirit. Apart from this divine breath, we remain at a “sub-human” level of existence, not really living the way we are meant to live “in the beginning.” So here is the message we whisper into the ears of those who would rather not hear what we have to say: “Are you ready to become something more than you presently are? Are you ready to become an authentic human person with all its wondrous and infinite spiritual potentialities?” “If so, then come, and let us to show you a higher and far more joyful way. “