How Unintentional Are Unwittingly Committed Sins?

Source: Pemptousia
All of us have had the experience of unwittingly committing a sin. And, of course, every confessor/spiritual guide often hears, at almost every confession, the assurance or claim on the part of the penitent that a particular sin was unintentional.
Ioannis Kornarakis († 2013) | 08 September 2020 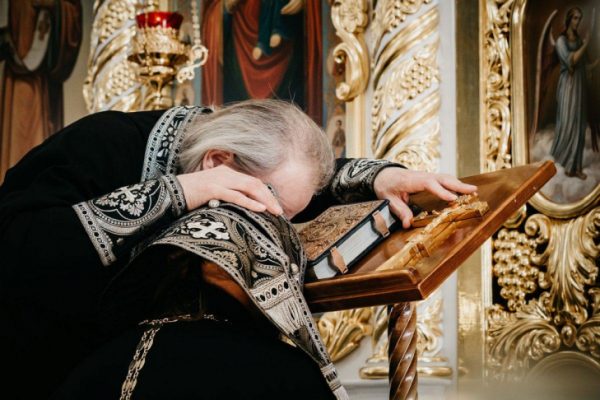 ‘Honestly, father, that sin occurred without me realizing. It was entirely unintentional. I didn’t want to and hadn’t thought about doing it’.

How genuine or, at least, certain can such an assurance be and how true is such a claim?

Certainly, a Biblical argument about the unintentional nature of many sins is presented in chapter seven of Saint Paul’s epistle to the Romans. There, the apostle of the Gentiles sets out in general terms the antiphatic (conflicting) nature of the functioning of the human soul as regards its relationship, on the one hand, with the law of God and, on the other, with the sin residing in it.

‘So basically I don’t know what I’m doing. I don’t do what I’d like to but instead I do what I want to avoid… So I get to the point where it’s not me acting but the sin that’s settled within me. In this way, I don’t serve the good that I want, but the bad that I don’t want. But if I do what I don’t want, then the action’s not being decided by me any more, but by the sin that’s taken up residence inside me’.

There are, it’s true, unwitting sins. Sudden temptations or unexpected situations in our daily life and our inter-personal relations might, on the surface at least, be the factors responsible for a sin we commit unintentionally.

Yet considered from another angle, unwitting or unconscious sins would seem to constitute a danger for the vigilant conscience of people engaged in the spiritual struggle. The danger lurking here is indirectly associated with the fact that it’s we ourselves, who are often our only critics, who reveal, in all ‘honesty’, one of our transgressions, a falling away, a sinful thought or doubt or a desire which is inconsistent with the spiritual level we’re trying to maintain.

We ourselves judge our thoughts and actions and assure ourselves that our sin was involuntary. And as well as this, because we’re convinced ‘in all good faith’, we try to use the same arguments to persuade others, even our confessor, that it was involuntary.

‘What can I say, father? I’m amazed at myself. It’s as if I lost all control and did something I didn’t know, that wasn’t my choice, that I didn’t want’.

In the case of such claims, Saint Basil the Great observed: ‘People who are impelled to some sin without wanting to be should know that, until then, they were bound to another sin which already existed within them, which they deliberately cultivated and that now they’re attracted by this pre-existing sin and drawn to that which they don’t want’.

This observation on the part of Saint Basil shakes the foundations of any claim regarding the involuntariness of a sin, because it brings into question the extent to which an unwitting sin really is unintentional. How can you be sure that your involuntary sins really are unintentional and not the natural offshoots of a pre-existing and already willingly committed sin? Indeed, ‘who will understand his transgressions?’

People who are aware of the Fathers solve this problem by overcoming the argument made by their sinful self. Since they know the danger which may lie in this line of thought concerning the involuntary nature of a sin, they guard against it by firmly acknowledging (at all times and in all places) their absolute, personal sinfulness as the natural state of their spiritual life.

In other words, they fully believe, in a way that brooks no argument, that they are the most sinful of all the people born since Adam. This awareness of sinfulness is expressed with clarity and charismatic lucidity in the troparia of the Great Canon, which corresponds precisely to Saint Paul’s confession ‘of whom I am first’. ‘There is no sin or action or wickedness in this life, Saviour, which I have not committed in thought and word and intention. I have sinned wittingly and in works as no other before me’. ‘If I look upon my works, Saviour, I see that I have surpassed the sins of all others, because I knew what I was doing and was not ignorant’. ‘I fall at your feet and offer these words as tears: I have sinned as did the harlot and have transgressed as no other on the earth’.

With such an awareness of utter personal sinfulness, such people cleanse their inner world with the certainty of enlightenment by the Holy Spirit and are thus liberated from pointless and even dangerous thinking which darkens, rather than illumines the reality of their personal state of sin. ‘For he knows the things hidden in the heart’.

Indeed. According to Saint Maximos the Confessor, God alone understands that we’re unable to see into the depths of our soul. It is He Who sees and judges fairly all our actions. Even ‘the hidden movement of the soul and the invisible impulse’. He alone understands the causes and reasons behind these hidden movements of the soul and ‘the end of every thing previously conceived’.

This is the truth. How far can an involuntary sin really be unintentional in God’s judgement?