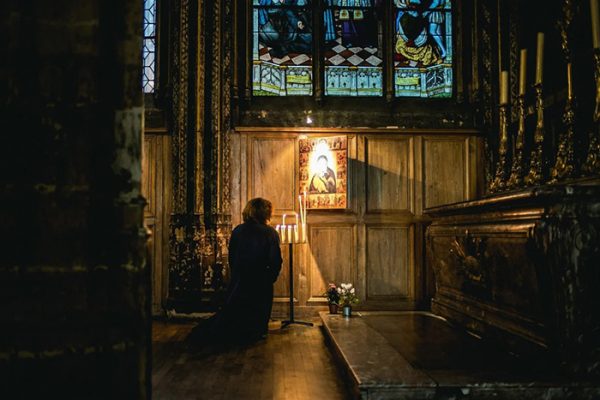 What do you do if you have confessed a sin but it still bothers your conscience? Should you confess it again? Father Andrei Chizhenko attempts to clarify this issue.

The Holy Fathers compared sin with a weed in the garden. The garden, accordingly, is the heart. They said that the fight against sin continues until one’s death. Just as a vegetable garden needs to be weeded constantly, so one should fight against one’s sins, and first of all, one should confess frequently.

Dear brothers and sisters, I would like to say that in everyday practice of a priest one often sees that the Sacrament of Confession is inseparable in the mind of a parishioner from the Sacrament of Communion. The average person thinks that he or she should prepare for confession as strictly as for the communion of the Holy Mysteries of Christ, that is, to fast, read the canons and so on.

Of course, it is not the case. All of these things must be done in preparation for the Sacrament of Communion; this preparation also includes the Sacrament of Confession. However, if you want to confess without partaking of the Communion, all you have to do is to recollect your sins that torment your soul, and simply come to church and ask the priest to hear your confession without any prayer or fasting preparation. It is advisable to confess as often as necessary. After all, we sin often, too!

The usual monastic practice, for example, is to confess at least every week, and more often if needed.

Let’s talk about sins now. As we have already noted, the Holy Fathers compared sin to a weed. Of course, there are sins that a person commits, gets hurt and never repeats again. For example, adultery, abortion or attempted suicide, fights with severe injuries, other grave sins. He faces the consequences, confesses this sin, and with the priest’s absolution, the Lord removes these sins from his heart. If one does not repeat them, he does not need to confess these sins again. Let’s not be of little faith: we must rely on God’s mercy and His forgiveness.

If, for example, a person has not committed adultery, but the passion for sexual immorality is still strong in him, then, of course, it must be confessed. It means that the root of sin persists in the heart. As long as it stirs up the soul, it must be confessed. Or, for example, a man did not kill anyone, but he judged, was annoyed and angry constantly. After all, these passions are also a violation of the commandment “do not murder”. Regrettably, we feel them almost every day.

We must confess not only the things we have done, but also words and thoughts, in order to eradicate sin at its source once it is attached to our thoughts or feelings. Remember Psalm 137, which is also called On the Rivers of Babylon and is often used in divine services leading up to Lent? There are verses 8 and 9: “O daughter of Babylon, who art to be destroyed; happy shall he be, that rewardeth thee as thou hast served us. Happy shall he be, that taketh and dasheth thy little ones against the stones.”

These verses call us to confession. The daughter of Babylon is our passionate fallen nature, filled with vice, devouring our souls, and also the attacks of the devil on us. The little ones of the daughter of Babylon are the enemy’s, devil’s temptations, which Satan instills in our hearts, as well as our personal feelings and thoughts, which match those temptations and begin to grow in our hearts first as babies and then as large beasts. Therefore, passions must be eradicated as early as possible. They must be smashed against the stone.

What is this stone? It is Christ. When we come to Him in the Sacrament of Confession and break the embryos of our sins against this sacred stone with tears of repentance, we receive forgiveness and healing of our passions from the Lord. We receive bliss, that is, the highest joy and peace in God.

Let us remember, dear brothers and sisters, that if we feel that a sin is still hurting us mentally and emotionally, it is certainly better to confess it again. Let us also remember that this struggle lasts until death. The reward is great, too! Eye hath not seen, nor ear heard, neither have entered into the heart of man, the things which God hath prepared for them that love him (1 Corinthians 2:9).