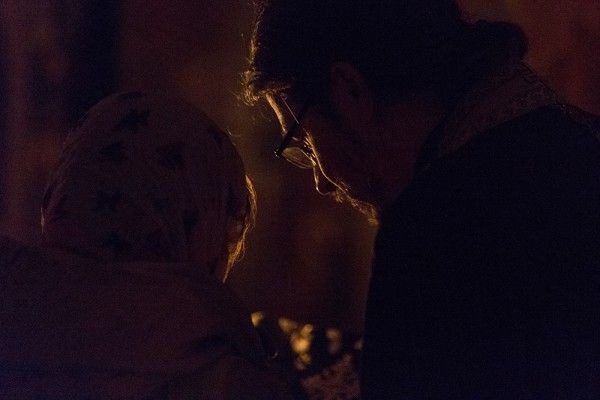 A brother at Scetis committed a fault. A council was called to which Abba Moses was invited, but he refused to go to it. Then the priest sent someone to say to him. “Come, everyone is waiting for you.” So he got up and went. He took a leaking jug, filled it with water and carried it with him. The others came out to meet him and said to him, “What is this, Father?” The old man said to them, “My sins run out behind me and I do not see them, and today I am coming to judge the errors of another.”  When they heard that they said no more to the brother but forgave him. (From The Sayings of the Desert Fathers)

During the season of Lent we are called upon to repent of our sins and reveal them to our spiritual Father in the Mystery of Holy Confession.  It is most unfortunate that the Sacrament of Holy Confession, and with it Holy Communion, have come to be seen as a “duty,” rather than the pillar and groundwork of the spiritual life.

This formalism continues to rob many people of the experience of God because they come to Confession unprepared, taking only a few brief moments to examine their conscience with the help of a sin checklist in their prayer book.

With such a brief and shallow preparation, many people come to Confession not knowing what to say – and so, rendering an account of their sins for the previous six months or longer, their spiritual father hears that most confessed sins: “I ate meat on a Friday,” and its brother, “I took the Name of the Lord in vain.”

One would expect that with such depth of sins being confessed that our churches would be models of sanctity, attracting new members through the holiness of the average churchgoer. But the sad truth is that these two sins are the most confessed because most of us don’t understand what confession is, let alone what sin is. Having gone through the checklist we exonerate ourselves from all but these two sins.

The real problem is that many of us never experience spiritual growth. We revert back during Confession to that eight year old child who had the Confession Prayers drilled into him or her – often in Slavonic – which people automatically recite without knowing the meaning of a single word!

In the world of the eight year old, murder and adultery, hatred and jealously, lying and lewdness are normally far removed from the experience of day to day life.  It is sad and difficult to realize that as we grew physically and emotionally, our spiritual growth was often stunted. The truth is that we have no idea of how to approach Holy Confession as adults. We are often oblivious to what sin is and what we must look for in ourselves to confess.

The famed Orthodox spiritual writer, St. Isaac of Nineveh, some fourteen hundred years ago said: “The person who can see his own sin is greater than someone who can raise the dead.”  More common, however, is the attitude pointed out in the example of Abba Moses in the above story: our own sins run out behind us unseen but we are always ready to judge the sins of others. The Lord Jesus tells us, “Hypocrite, first take the beam out of your own eye, and then you will see clearly how to remove the splinter from your brother’s eye” (Matthew 7:5).

There are several methods that we can use to correct this spiritual blindness that is within us. The first is to realize that Confession must be an ongoing process that takes place everyday! The Orthodox prayer book contains a “Confession of Sins” to be prayed at morning or evening prayers. At the end of the day we need to examine our lives and ask the Lord and ourselves where we fell short, what we could have done better and the state of our relationship with those around us. This small act is the foundation and the beginning of a true spiritual life.

In our prayers we must ask the Lord to both reveal our sins to us and grant us the desire to confess them. We pray in the Lenten Prayer of St. Ephraim the Syrian: “Grant me to see my own sins and not to judge those of my neighbor.”

It was out of the conviction of his own sinfulness that St. John Chrysostom wrote in his prayer before Holy Communion: “I believe that You are the Christ, the Son of the Living God, Who came into the world to save sinners, of whom I am the first.”  St. John wrote this prayer as a personal devotion, which the Church loved and came to use.

As the Saints grew nearer and nearer to God, they became more and more aware of their own sins. It is like a person in a dark room who cannot tell if his clothes are clean or dirty, but the more he or she comes into the presence of the light, the more he or she can see the dirt. We are now in the dark room and need to seek the light to see our own sins.

As we approach Confession, we need to look for the correct standard to judge ourselves by. We often look at the people around us and believe that we are no better or worse than they are. Hence, we find little fault with ourselves. We need to find a higher standard by which to judge ourselves.

One place where we can find a better standard is in the pages of the Gospel. We can become aware of our sinfulness by asking ourselves, when we hear the Gospel reading in Church or when we read at home, exactly where we would fit in.

In Chapter Eight of the Gospel of St. John there is an interesting story of a woman caught in adultery:

Then the scribes and Pharisees brought to Him a woman caught in adultery. And when they had set her in the midst, they said to Him, “Teacher, this woman was caught in adultery, in the very act.  Now Moses, in the law, commanded us that such should be stoned. But what do You say?”  This they said, testing Him, that they might have something of which to accuse Him. But Jesus stooped down and wrote on the ground with His finger, as though He did not hear. So when they continued asking Him, He raised Himself up and said to them, “He who is without sin among you, let him throw a stone at her first.”  And again He stooped down and wrote on the ground.  Then those who heard it, being convicted by their conscience, went out one by one, beginning with the oldest even to the last. And Jesus was left alone, and the woman standing in the midst.  When Jesus had raised Himself up and saw no one but the woman, He said to her, “Woman, where are those accusers of yours? Has no one condemned you?”  She said, “No one, Lord.” And Jesus said to her, “Neither do I condemn you; go and sin no more” (St. John 8:3-11).

As we read this story, the question we must be asking ourselves is: “Where do I fit in here?”  Would I have been the woman caught in adultery? That is, are my sins blatant and obvious to those around me but, somehow, I am able to rationalize away my bad behavior.  Would I have been one of those who brought the woman to Jesus demanding that justice be done? That is, must I always have my own way and seek vengeance or get even with those who may have done me wrong? Would I be one of the older men, quick to realize my sin and walk away in shame, or one of the younger for whom it took a while longer? Some of the Church Fathers in commenting on this passage said that Jesus was writing on the ground the sins of those who were accusing the adulterous woman. Would I have been with the Lord, ready to forgive a penitent sinner, knowing that I myself am guilty of many sins? Or am I so blinded by my pride that I would have stayed and started throwing stones?

Tke as another example the familiar parable of the Prodigal Son. How many of us identify with the older son who did not run away and kept to his Father’s house. Do we feel his resentment at the younger son? The truth is that most of us are not in the position of the older son, but have become ourselves prodigals – squandering our spiritual inheritance through a lack of prayer, not going to Church, refusing the invitation of the Lord.  In looking at this parable, it is the prodigal that the Church calls upon us to identify with and not the righteous pride of the elder son.

When hearing the Gospel, place yourself in the story – ask yourself honestly where you would be and you may catch a glimpse of your sinful self.

If we daily examine ourselves through prayer; if we find ourselves in the Gospel story; if we make life itself a preparation for Confession, we will find this Sacrament is much more than an obligation – it is the foundation of our spiritual life and brings us closer to the experience of the Kingdom of Heaven.  We will also discover much more to confess than the last hamburger we ate on a Friday.

One of the perpetual questions that is always asked at this time of year is, "when is it…