Humanitarian aid delivered to the valley of Christians in Syria 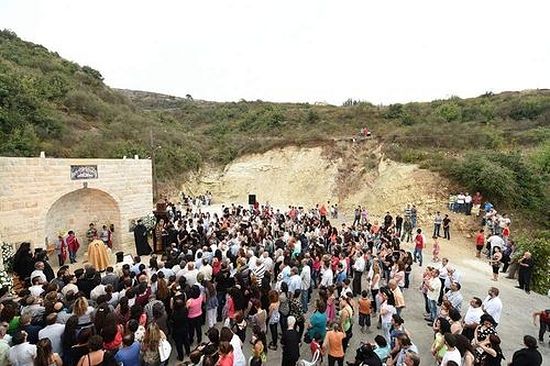 Due to a difficult humanitarian situation in the Valley of Christians in Syria, the Russian centre for reconciliation of opposing sides in the territory of the Syrian Arab Republic, with the assistance of the Moscow Patriarchate’s Department for External Church Relations and the Moscow branch of the Imperial Orthodox Palestine Society, delivered to the region the first consignment of humanitarian aid. The population of the Valley of Christians is suffering from an acute shortage of water, foodstuff, fuel and electricity.

Maintaining direct contacts with leaders and representatives of the Christian communities of Syria, the Moscow Patriarchate is doing what it can to defend their rights.

The Valley of Christians is a complex of settlements with predominantly Christian population in the Homs Governorate. At present, some 250 thousand people are living there. The Valley of Christians has become a safe shelter for many faithful in Syria in a time of hostilities and large-scale persecutions by extremists. Bishop Elias (Toumeh) of Pyrgou, vicar of the Archdiocese of Akkar of the Orthodox Church of Antioch, has been taking pastoral care of the Orthodox Christians living there since 2011.