Humility is the Foundation and Essence of Christianity: On the Feast of the Kazan Icon

Let this mind be in you, which was also in Christ Jesus: Who, being in the form of God… humbled Himself, and became obedient unto death, even the death of the cross. Wherefore God also hath highly exalted Him, and given Him a name which is above every name (Philippians 2:5-9).

My beloved children in Christ, it is salutary for us to know why the Holy Church draws our attention to these apostolic words on feasts of the Theotokos, words that speak of the exaltation by God the Father of His Divine Son on account of His ineffable humility. It is because the Lord has also exalted the Most Holy Mother of God and given her a name, that is, such great glory as has not been given to any of His rational beings. It is for good reason that the Orthodox Church magnifies her as more honorable than the Cherubim and beyond compare more glorious than the Seraphim. The Mother of God received this glory because she became like the Savior Himself in His great humility. The words spoken by the Most Holy Mother of God to the Righteous Elizabeth testify to this truth: For He hath regarded the humility of His handmaiden (Luke 1:48).

The question arises: what are the salutary consequences of this for us, my beloved ones? 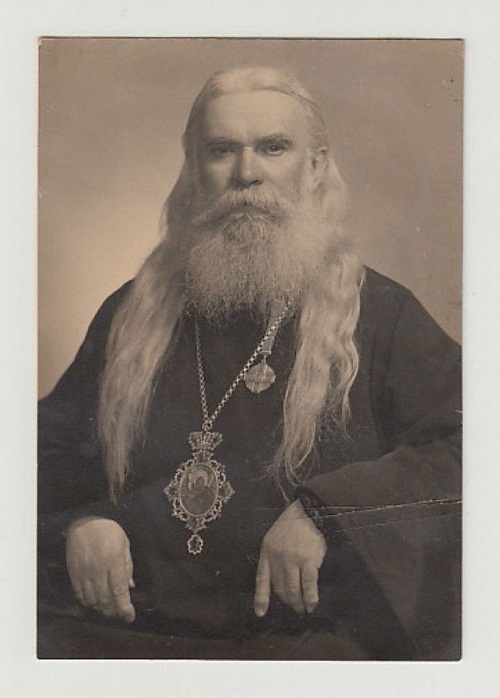 We, too, are called to the great heavenly glory of Christ’s Kingdom and to its eternal, paradisaical blessedness. The Lord, in His High Priestly Prayer, said: Father, I will that they also, whom Thou hast given Me, be with Me where I am; that they may behold My glory, which Thou hast given Me… before the foundation of the world (John 17:24). The path to our exaltation, to our future heavenly glory, is the very same as that which the Lord trod, as did His Most Pure Mother and all the saints. This path is narrow, sorrowful, and thorny: it is the path of the humility of Christ.

If we wish therefore to follow our divine fore ordination, we must make real the words of the Apostle Paul: to associate with the humble (Romans 12:16); that is, we should emulate the humble by possessing humility. According to the teaching of St. Macarius of Egypt, humility is the foundation and whole essence of Christianity: it is our rebirth, renewal, and salvation. The Lord grants His saving grace for this alone, as it pleased Him to declare through His revelation: God resisteth the proud, but giveth grace unto the humble (James 4:6; cf. 1 Peter 5:5; Proverbs 3:34).

We need humility not for our future heavenly glory alone, however. It is also requisite for our temporal life, for our deliverance from every misfortune. Thus it is evident why the Holy Fathers of the Church testify that every misfortune is sent to us by the Lord to humble us and, by means of this humility, to unite us with Himself, inasmuch as pride separates us from God and deprives us not only of future blessedness, but of temporal happiness as well.

All our attention should be directed hereto. Inasmuch as the Most Holy Mother of God is our first Defender and Deliverer from all misfortunes, it is clear that all our prayers to her – both for our deliverance from every misfortune and for the attainment of every temporal good – must be founded upon humility. She greatly abhors the proud but greatly loves the humble, as is shown by ecclesiastical tradition, especially by the lives of holy people.

In this regard, let Hieroschemamonk Macarius of the Nizhny Novgorod Caves Monastery, a great ascetic struggler of the Russian Church, serve for us as a salutary example. [1] Even as a simple monk in the Zheltovodsky Makaryev Monastery (also located in the province of Nizhny Novgorod) he was noted for his lofty Christian life. Two traits in particular clearly distinguished him among the other monks: he possessed great humility and never spoke a word of judgment against his neighbors. For humility consists in not judging anyone, but rather in blaming oneself. Moreover, he prayed with special fervor to the Most Holy Mother of God. But a severe trial befell him: he became mortally ill. The minutes of his life were numbered. The brethren came to bid him farewell and the superior had already read the prayers for the departure of the soul. Fr. Macarius then suddenly began to doze off. He beheld a wondrous vision: radiant youths appeared to take his soul. The dying one, weeping, began to beg them to let him live so that he could repent properly before God for his sins. But the angels said to him: “Follow us.”

With these words, the monk’s soul left his body. The angels showed it the place of infernal torment, where sinners were pleading, like the rich man in the Gospel, for water to be dropped on their tongues to provide at least some relief from the terrible infernal flames. The monk’s soul began to experience such horror as no words can describe. But then the angels raised his soul to the heavenly abode and showed it the celestial mansions of the Heavenly Queen herself. He saw the Heavenly Queen with a countless multitude of angelic powers wondrously singing the church hymn: “All of creation rejoices in thee.” Then the Mother of God, turning to the soul of Macarius, said: “Return for fifteen years to your earthly habitation and, for the sake of the prayers of St. Macarius, serve in the altar of his holy monastery.” The dying monk Macarius rose at that very moment and completely regained his health, to the great astonishment of all his brethren. Gathering in the monastery church, they glorified God for His great miracle by chanting the church hymn: Glory to God in the highest, and on earth peace, good will toward men (Luke 2:14).

Beloved brothers and sisters in Christ, let us emulate this great monk by acquiring the humility of Christ; at the same time, let us pray with humility to the Most Pure Mother of God. Let us entreat her not only with humility, but also with love for Her, recalling how gravely she suffered for us and our salvation while standing at the Cross upon which her Divine Son was crucified. Let us not forget that even now the Mother of God continues to suffer for us when we commit grave sins. The vision of St. Andrew the Fool-for-Christ testifies to this: he saw how she shed tears and prayed for the faithful while making the sign of the cross over them with her maternal omophorion.

Finally, let us pray continuously to the Most Pure Mother of God, inasmuch as she ceaselessly and continuously entreats her Son, our Lord Jesus Christ, on our behalf.

May the words of a prayer to her of our Orthodox Church sound more often from our lips: “Never, O Theotokos, will we cease to speak of thy powers, unworthy as we are… Let us never forsake thee, O Lady, for thou dost ever save thy servants from all perils.” Amen.

Delivered in the Russian Orthodox Church of St. Nicholas in Sofia, Bulgaria, on October 22 / November 4, 1945  (commemoration of the deliverance of Moscow by the Kazan Icon in 1612). 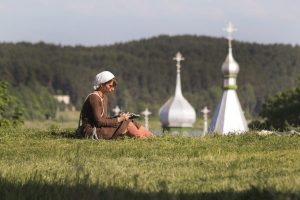 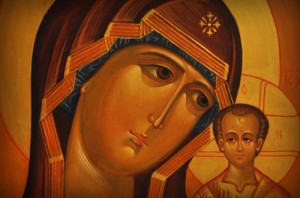 November 4 is the feast day of the Kazan Icon of the Mother of God, in…

On Love and Obedience  Love for God consists in the fulfillment of His commandments. One should look upon…

God Will Not Accept Repentance Without Love: Sermon on Forgiveness Sunday

Given in the Russian Orthodox Church of St. Paraskeva in Sofia, Bulgaria, on February 18 / March 3,…