I Cannot Change God’s Will. Does It Mean that Prayer is Useless? 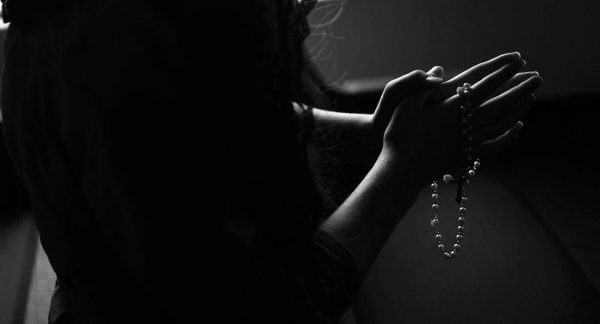 Prayer is not a way to change the will of God, which, according to the word of the apostle, is good, acceptable and perfect (Rom 12: 2). Prayer is a way to enter into communion with the Creator, to touch the source of love, life and immortality. Therefore, the purpose of prayer is not to fulfill some desire related to the circumstances of our life, but to draw closer to God. “Prayer does not change God, but it changes him who prays,” wrote Søren Kierkegaard, the forerunner of European existentialism. His contemporary, our Russian theologian and ascetic Saint Ignatius Brianchaninov, interpreted the same idea as follows: “God does not need our prayers! He knows, even before our petition, what we need; He, the Most Merciful, pours out abundant blessings on those who do not ask Him. We need prayer: it assimilates a person to God. Without it, a person is alien to God, and the more one exercises in prayer, the more one draws closer to God.”

The highest degree of prayer is a prayer of thanksgiving. It is no coincidence that the central sacrament of the Church is called the Eucharist, that is, thanksgiving. It is a sacrifice of gratitude to God in response to His good deeds to the world, which He has accomplished through creation, redemption and salvation of mankind. In the sacrament of the Eucharist, a person not only draws closer to God, about which St. Ignatius wrote, but unites with Him spiritually and physically through acceptance of the Body and Blood of Jesus Christ under the guise of bread and wine. And it makes sense to build our daily prayer according to the model of the Eucharistic prayer, putting gratitude to God in the first place. It is no coincidence that one of the first morning prayers begins with thanksgiving: “As I rise from sleep, I thank you, Holy Trinity.”

However, sometimes it seems to us that we have no special reason to be grateful to God. Or, because of many problems and difficulties, we simply forget about it. At these moments, we offer to God only requests for help, deliverance, consolation, healing, etc. from our hearts, full of sorrows and worries. Supplication prayer also takes an essential place in church worship. There is even a special form of such prayer called litany, when a deacon or priest proclaims certain prayer requests, and the choir answers “Lord, have mercy” or “Grant this, O Lord.” During the litany, we pray for good weather, harvest, a calm life, health and well-being of the living, and the repose of the dead.

But even such supplication prayer is not an attempt to manipulate God or so that He pities us. Rather, it can be compared to a confidential conversation between a son or daughter with their father, in which they tell God about their difficulties, desires and hopes, and in return they receive what they really need and what is really useful. It is no coincidence that St. Nicholas of Serbia, answering the question on why we should pray, if God knows everything in advance, wrote: “After all, parents also know what their children need, but they are waiting for their child to ask them. Parents know that petition softens and enriches a child’s heart, makes it humble, meek, obedient, merciful and grateful. You see how many heavenly sparks prayer carves from the human heart!” Like children, we tell God about our wants and needs, but at the same time we ourselves do not know if this is what we need, and we ask Him to help us figure out whether what we want contributes to the main goal of our life – the salvation of our souls and the attainment of the Kingdom of Heaven. In this sense, a supplication prayer is rather a way to help people learn and accept the will of God.

The will of God always remains unchanged – the good of man, his salvation, and the granting of eternal life to him. To regret that we cannot change His will is like wishing ourselves ill. Prayer in this situation becomes a source of vitality. It assimilates us to God, makes us capable of recognizing and perceiving the Providence of God. The purpose of a Christian’s life is not to beg God for some earthly things, but to know God and find eternal joy in communion with Him.