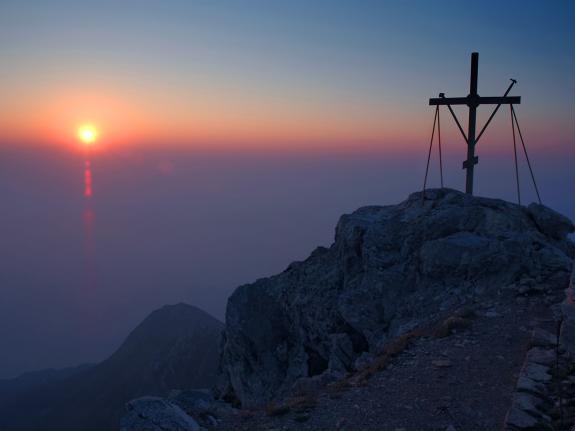 Perhaps you have paid attention to the fact that there are always very sharp discussions about who will be saved, and who will not. It seems it is somehow critically important for everyone to know the afterlife fate of Catholics, schismatics, Buddhists or baptized atheists. The disputes can be extremely severe at times, and the dilemma itself arises at the very first stages of becoming a member of the Church. People come up with different solutions: some condemn to hell all those who have not been baptized in Orthodoxy; others go as far as saying that sooner or later everyone will be saved. Only one thing is clear though: this problem leaves no one indifferent.

Why so? Why is it so important to find out the eternal fate of someone from an island in the Malay Archipelago? Why build complex algorithms and probabilistic schemes predicting who will be saved among various nationalities or religions? It would seem that we should not care about this. We, who do not know the name of our next-door neighbor or care about a colleague’s family problems.

In my opinion, there is not so much altruism in our worrying about the salvation of non-Orthodox people. Granted, we do worry about quite specific aspects of our friends’ and family members’ lives, but in other cases (which are incomparably more numerous) we are merely trying to understand and verify to ourselves the correctness of our own path. If going to church on a regular basis does not guarantee your salvation at all, and other faiths also have a chance for a happy afterlife, then, inevitably, you might doubt that you are doing everything right.

Indeed, if salvation is theoretically possible outside the walls of the Church, then why put extra effort? All this fasting, rules, lengthy church services. What is it for, then? If somebody who has never been a Christian will go to heaven, and I, trying as hard as I can to be devout, am still not sure I will be saved?

Can we really say that all schismatics go to hell? There are many nice people among them, who are sincerely mistaken or deceived. If only the Orthodox can be saved, what about those who never had an opportunity to hear a sermon about Christ and receive Baptism?

Paul the Apostle says that the fate of the Gentiles will be determined by the judgment of their conscience (Romans 2: 12-16). Why, then, is Orthodoxy the only true religion, if salvation, in principle, is possible outside of it? Why cannot I also live by the inner law of my conscience, but must go to church?

First and foremost, it is not about “I must”. Christ never forced anyone to do anything. Christianity is not about this, not at all. It is not about obeying laws and practices; it is about healing. The Church is often compared to a hospital. Therefore, we will try to understand why Orthodoxy is the true religion, using this metaphor.

Let us say I have a very serious, deadly disease. Where would I want to be treated, if I had a choice? Of course, in the best clinic in the world that has the most competent doctors, who have successfully cured this disease many times. Anything less than that is a compromise. Yes, there are many hospitals with less perfect methods of treatment and less advanced technology, and there, too, I can get some help. However, I do have a choice. Therefore, I will see the best doctor out there, not just anybody. Because I want to live. I could, of course, choose a small rural hospital or a charlatan who only pretends to have the skill; maybe these options are cheaper or flashier, but they are unlikely to really help me with my illness. There is also non-traditional medicine. With it, the probability of complete healing might be non-zero, but in real life people are most likely to use it out of despair. Yet I have the opportunity to be treated in the best hospital by true experts! Why risk and experiment? You have one life only.

Unfortunately, many people have no idea that they can actually go to this superhospital. Some wanted treatment, but had no opportunity to get it, or were treated at a wrong place or for a wrong disease. Some did not want any treatment, they just suffered from their illness. Who knows, maybe there is some sort of ambulance waiting for them there, after death? For those who are sick, broken, and crippled, but willing to be healed.

On the other hand, we, Orthodox Christians, being in the best ward with the most expensive and modern equipment, all too often neglect the prescriptions of our doctors. We take our medicine when we feel like it, if take it at all. Having become accustomed to the hospital, we begin to criticize the medical staff. As a result, having been discharged, we might find that there has been no improvement whatsoever, and our insurance no longer covers anything. There is not enough even for an ambulance. All has been spent in vain.

We cannot solve this paradox. After all, no matter what our theory and our answers may be, there is always a counterargument. We do not see the whole picture, no matter how we look at it. The solution just keeps evading us at the last moment.

However, we do not agree with this; we need a clear algorithm. Guarantees, too. It is important for us to understand and control the process. We want to grasp the logic of God. Yet He is immeasurably greater than us; therefore, our mind is severely limited in contrast to His. A created is always simpler (to say the least) than the Creator. Thus, He does not fit our linear equations. Which is actually a good thing. Much greater distrust is caused by those attempts to explain how universe works in which everything is absolutely clear and consistent. God is inexplicable. Otherwise, it is not God.

I sometimes think that, assigning us such paradoxical problems, the Lord hints: there is a completely different logic, not a ‘flat’ one. We need to add the third dimension, and then volume will appear. He wants to raise us higher, so that we develop, and we, on the contrary, try to lower Him to our level, squeeze Him into our narrow logical constructions.

God is Love, absolute Compassion and Mercy. If He wills to have mercy on someone beyond the limits of my linear perception, so be it, “Amen” and “Hallelujah.” As for me, I am not to be idle and hope that it will just be fine, because I do not want to risk it. Many people do not care about traffic rules and drink alcohol while driving. Maybe some of them will never cause a traffic accident. But as for me, I use my seatbelt and will not go through a red light. It is much safer, they say.