Source: Orthodox Life (Russian)
Somehow at one point it has become extremely trendy to account for any remotely inadequate behavior of an individual by psychological traumas received in their childhood.
Ekaterina Vykhovanets | 22 May 2018 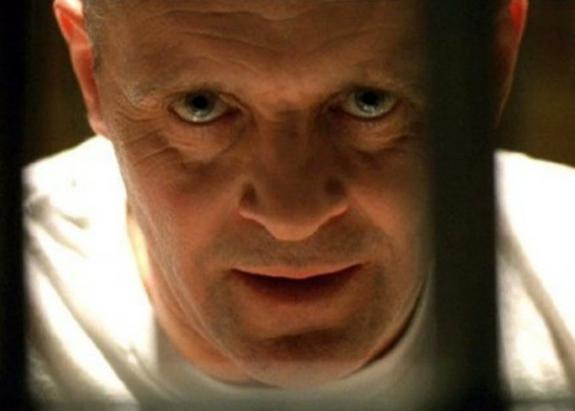 I remember that in all American movies and TV shows all the criminals suddenly ended up being completely blameless. In fact, they were deeply hurt in their childhood, that is why they have specific psychological issues now. Therefore, it is now vital for them to cut people into pieces to fight with this internal pain. I am exaggerating a little bit, of course, but no matter which way you look at it, what we have here is a shift of responsibility for behavior of an independent adult to their parents as a whole or to some specific negative experience in the past.

Quite often one has to deal with such an opinion in more prosaic situations rather than with an assessment of a serial killer’s actions. I believe, people took up this idea with pleasure. All life failures are blamed on the undeserved head slaps, not bought toys and firm treatment. In our country practically everything may be hanged on the hated Soviet Union.

On the one hand, there is indeed some truth in it. The importance of education as well as the cultural and social environment should not be neglected. All this really leaves an indelible mark on our personality. The very idea of the relationship of the past, the present and the future is actually good and correct. We do often lack the comprehension of the cause-and-effect relationship.

On the other hand, the emphasis of this approach is shifted so much that it even becomes spiritually harmful. A very subtle substitution occurs: others are to blame for our failures, and our achievements are solely our merit despite all the childish issues. We are dealing with the abrogation of any kind of responsibility and the base ingratitude.

Even if we consider really horrible cases, then even here, as they say, everything is not so black and white. Following the logic of children’s traumas irreparability, the children of Blockaded Leningrad should have grown up maniacs-sociopaths. Because of the evils they have experienced and seen, God forbid. Besides, there was no one to provide psychological assistance to them afterwards. A miracle, in a word. Or, perhaps, after all, this theory that reduces a personal responsibility for actions to a minimum is not entirely true and one should not fuss over one’s negative life experience that much?

Against this background, the modern accusations and claims against parents like “you 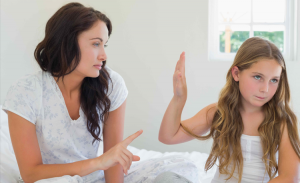 forced me/did not allow me” and “I would like us to have more money” sound ridiculous. Parents in general seem to be classified as a resource. Is it any wonder after this that the juvenile justice has emerged? I should be provided with everything necessary to the maximum degree (which is a loose concept on its own). However, I do not owe anything to anyone. Any attempt to somehow bring me to work or to justice will be regarded as oppression and limitation on the freedom of one’s personality expression.

The question is how to make a man out of a man (sorry for the involuntary pun) if a man is neither strained nor limited at all? Hardships and difficulties are essential for the development and hardening of one’s personality. To achieve something, one needs to do a lot of hard work. All outstanding musicians and athletes start practicing at the pre-school age. Practice takes place every day and lasts for several hours. It was then, when I did not get a coveted imported doll and I had a tantrum that left an indelible mark on my future, someone was playing the violin full-time. We envy their success and wealth completely overlooking the hard work they have done to achieve this. One can say that they are also traumatized by such childhood and deeply unhappy off-screen. Perhaps. Of what happiness and achievements are we talking about then? If we measure everything with profitability and demand in this or that scope of activity, and if we want to avoid violence against our momentary desires and enforcement of hard work, without which their achievement is impossible, at all costs, then I am sorry, but one precludes the other.

Maybe it is due to this that blogosphere thrives so now. Most of its representatives are absolutely nothing special, but they insistently pretend to be as such. They recklessly criticize and mock the mistakes and opinions of others who have achieved at least something in life. Moreover, they are getting hits because of mentioning these famous people in the video’s title in the first place. Besides, I do not quite understand why a person who can barely form a sentence and will hardly be able to tell the difference between solfeggio and a piano reckons it is important to record their opinion about the performance of a talented musician. They want to succeed at somebody else’s expense without making any effort.

Let’s particularly dwell on the traumas as such. No matter how it sets our teeth on edge, but it is pain that makes a person better and purer, makes them capable of compassion. Someone gets angry, however someone still draws right conclusions. Perhaps, spiritual growth is essentially impossible without shocks. Sorrows are sent to us as trials, not for the purpose of mockery.

Christianity is blamed for a call for the passive acceptance of the surrounding reality. Admitting to yourself that you cannot make a huge difference in a particular situation is considered to be a weakness and even stupidity. However, beating yourself up over it, getting mad and constantly discussing this topic with everybody is a normal behavior. To accept grief does not mean to duck and cover. It means not to look for someone to blame and to try to figure out why it has happened to me. In my opinion, this approach is a much more constructive way of finding solutions to crisis situations. Even the patient and persistent endurance of suffering without much reflection is better than calls for retribution and constant whining.

There is a wonderful phrase: “When the going gets tough, the tough gets going”. I am unhappy not because it is happening to me now or something happened in the past. The fact that I am unhappy is my personal choice. For example, I may forgive or continue suffering from resentment and anger. If I cannot piss a bully off, then I will insult that woman at least. Standing here, y’know, not letting me pass. It is not my fault that it happened, it is my boss’s who yelled at me for nothing. He gave me a tongue-lashing, and that woman butted in. All the others are to blame, and they prevent me from living a beautiful and unique life. By the way, the boss is also not to blame: his wife went to her mom’s again in the morning after the night row. That subordinate always asks me twice. Is he stupid or what? Everyone is trying to provoke me. Me, such a kind, bright and honest person. How am I supposed to live in this horrible world?

That is why we live as we live. We are pointing fingers at each other, at government, at the previous generations, at anyone at all. We are usually blind to our own faults. Justifying ourselves in everything we only create and store more resentment, hostility, negligence, and irresponsibility. In short, evil. Afterwards we are sincerely shocked and outraged by the fact that there is so much injustice, diseases and wars in the world. Although finding a scapegoat is not a problem. Well, you know Who I am talking about…

Most viewed articles
Life Truly Genuine and Authentic in the Eyes of God107
Patriarch Kirill: “We Should Pray for Our Lord to Strengthen Fraternal Feelings of the Peoples of Holy Rus”90
How to Deal with Sin75
Holy Cincture of the Theotokos to arrive in France next week56
The Authenticity of the Vision of Christ in the Life of Saint Silouan53
The Bulgarian Church Can Canonize Its First Patriarch46
“The models par excellence are the great hesychast saints,” says Romanian Orthodox Bishop of Oradea41
Most popular authors
Pravmir.com team136
Fr. Theodore Stylianopoulos107
Archpriest Basil Ross Aden75
Aurelian Iftimiu56
Archimandrite Zacharias Zacharou53
Ștefana Totorcea41