Response To A Question on Buddhist Meditation

Source: Praying in the Rain
Archpriest Michael Gillis | 03 July 2018
A reader wrote that he had begun to discover himself through Buddhist meditation despite 25 years of Orthodox Christian practice. He asked for my perspective. This is what I wrote him. 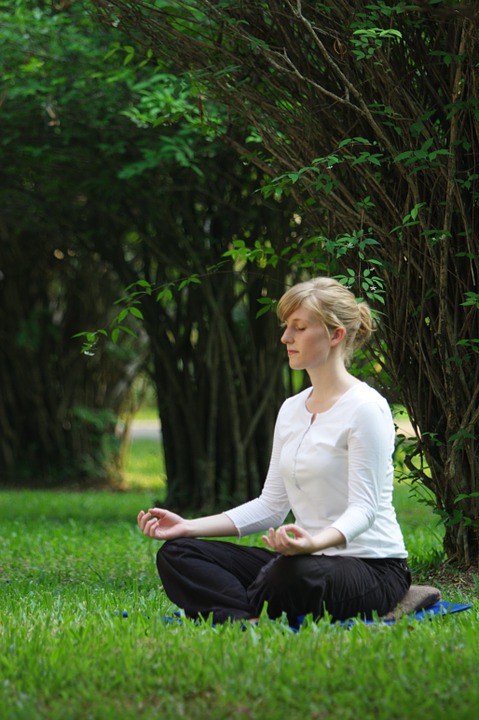 I don’t know enough about Buddhism or specifically about Buddhist meditation to make any sort of intelligent comment.  Neither do I know you personally nor your experience as an Orthodox Christian nor your actual practice of meditation.  Therefore, I will only make some very general observations and comments regarding the following question: Why is it that after living many years, perhaps growing up in, a pious Orthodox Christian context, why is it that some people seem to have their spiritual life jumpstarted by an encounter with or by a practice of heterodox Christianity or even non-Christian faith?

I don’t know why it sometimes happens that Orthodox Christians find a practice or perspective in a heterodox Christian or even a non-Christian faith which turns out to be very helpful in moving them forward in virtues that the Orthodox Church values.  I know a devout and apparently holy priest who grew up in the Orthodox Church, went off into Evangelicalism in his twenties because he found his own Orthodox faith to be dead.  Then in his thirties, he returned to the Orthodox faith with an evangelical zeal for the depth of wisdom, beauty and truth of the faith of his childhood.  Why did he have to leave the Church to find the Church?  Or, as in your case, E., why do some people have to look outside the Church to find a meditation practice that helps them find themselves?

I wonder if sometimes people (or monasteries or even whole cultures) fixate on certain aspects of the Orthodox faith to the extent that they ignore others.  It can happen that while focusing intently on certain important aspects of the Orthodox faith, one can unintentionally be ignoring other equally and perhaps even more important aspects of the faith.  It may be that, as Jesus pointed out to the religious leaders of his time, we strain out the gnats and swallow the camels.  A person who eats only green, leafy vegetables will most likely find himself weakened or even ill, regardless of how important green, leafy vegetables are to one’s diet.  And the irony is that a few people, perhaps with certain health conditions, might thrive on a steady diet of only green, leafy vegetables, while the same diet would weaken and sicken most otherwise healthy people.  But seeing these few unique ones thrive, it is assumed by some that everyone should follow their diet, despite the evidence that most people don’t thrive.

I find it interesting that the exact same first-century B.C. Judaism that produced Sts. Zechariah and Elizabeth and their son St. John the Forerunner, and Sts. Joachim and Anna and their daughter the Most Holy Theotokos, that same religion also produced Ananias the hight priest who condemned our Lord Jesus.  It was the same religion that produced the scribes and Pharisees whom Jesus condemned.  The same.  When you look at it this way, categories such as pious or zealous or faithful don’t really have much meaning.  Two people can be following the same Orthodox Faith to the letter, and one sees only the letter while the other passes through the letter to the Spirit.  One experiences the letter that kills, while the other the Spirit that gives life.

I don’t know why it seems to happen this way.  I have been to monasteries where the love and compassion of the brothers toward one another and toward visitors is so overwhelming that the strict fasting and the long vigils seem to be less important, mere means to an end.  Yes the strict fasting and long prayers in the night are the same, but somehow they seem less important, or less the thing, in the light of the brothers’ love for God and for one another.  Other monasteries seem to be all about the rule, all about doing it right, all about identifying and straining out the non-Orthodox gnat. And all the while, the love part seem hard to find.  Sometimes in such a context love is even reduced to obedience, as though the principle, or the rule itself, were what love looks like.  I have actually heard people say things very similar to this.

And again, it is a profound irony to me that some people actually seem to thrive in this later rule-emphasizing Orthodox Christian environment.  Others do not.  I have some parishioners who have actually chided me for being too soft on them in confession, as though I do not take the faith seriously enough for them.  I have other parishioners who fall into despair at the hint of a harsh word or tone, but who have responded very well to encouragement.  And each priest has his own tendencies, some harsher, some more gentle.  A lot depends on the relative discernment (or lack thereof) of the priest along with matters such as his own experience, expectations and personality.  Sometime, maybe, an earnest Orthodox Christian believer might not be able to see the truth and tools available in the Orthodox faith because he or she has not met a spiritual father or mother who speaks to them, whom they can hear.

Not every spiritual father is appropriate for everyone seeking to grow in their faith and in their spiritual knowledge, very few priests or bishops or monks are suitable guides to everyone. The spiritual exercise that brings salvation to one might create only pride or depression or nothing at all in another. Sometimes we have to keep looking for the right teacher, the right time, the right place, the right means.  I read somewhere once that St. Pacomius the Great only accepted a third of the men and women who came to join his monasteries.  He would say to two thirds of those who came to him, “Salvation may be possible for you, but not here.”  Salvation comes to those who seek and ask and knock.  There would be no seeking if the first door one knocked on opened right away.

And so I wonder out loud: is it possible that if one becomes stuck in a particular Orthodox Christian context and is unable to progress there that God might use something from outside the faith to jolt this person to his or her senses, to open her eyes, to break his mental logjam?  I don’t know.  I do know that I have occasionally been inspired by a novel written by a heterodox Christian or even an atheist.  I do know that I have found certain yoga stretches to be helpful—especially after standing for several hours in Church.  Does that mean that Hinduism is OK or that atheists should be teaching the Faith?  No, not at all.  But I think It means that Orthodox Christians are free to use what is useful, to chew up the meat and spit out the bones.

But we must be careful; we must be discerning.  We must be careful and discerning about what we might borrow from outside the faith because there is much attached to these foreign practices that we don’t see.  We must listen to the wise people in our lives, the saints who have gone before us and those who know us well in this life.   We must test everything, St. Paul tells us, and hold on to what is true and good.

Finally there is the chicken and the egg problem.  My spiritual father taught me to breathe a certain way when I say the Jesus Prayer (sometimes, not always).  Sitting in the doctor’s reception room recently, there was a large screen offering health advice.  The advice that the screen offered regarding several mental ailments was to breathe in a way very similar to what my Orthodox spiritual father had recommended.  And so, which came first?  Did the Church borrow breathing techniques from others, or did others get it from the Church?  Or more likely, it’s neither.  Human beings are human beings, Orthodox or non-Orthodox, Christian or Buddhist or Hindu or atheist.

And a human being functions better if he or she takes time each day to breathe a certain way and stretches his or her body certain ways.  It may have been the Hindus who first developed this stretching into a systematic practice (interwoven with many dangerous—from and Orthodox Christian perspective—Hindu concepts and presuppositions).  However, the fact still remains that human bodies can benefit a good deal from systematic stretching of the body muscles.  Similarly, certain breathing techniques and mental exercises may be universally helpful for all human beings even though these techniques and exercises were developed most systematically in a non-Christian context.

And here, I submit, that the whole Church is necessary.  I alone will most likely be deceived if I attempt to Christianize some pagan practice. So my advice is to proceed slowly and carefully, with as much discernment as you have, being open to rebuke and correction.  No one of us has all the gifts, all of the discernment necessary to separate light from darkness.