“I Never Learned that in Catechism!”

Source: Orthodox Christian Information Center
Many people of ethnic background who grew up in the Faith had a grandmother who was their first and primary teacher in Orthodoxy. A number of those grandmothers were uneducated in the formal sense of the word, but they truly lived their Faith.
Natalya Mihailova | 15 August 2015 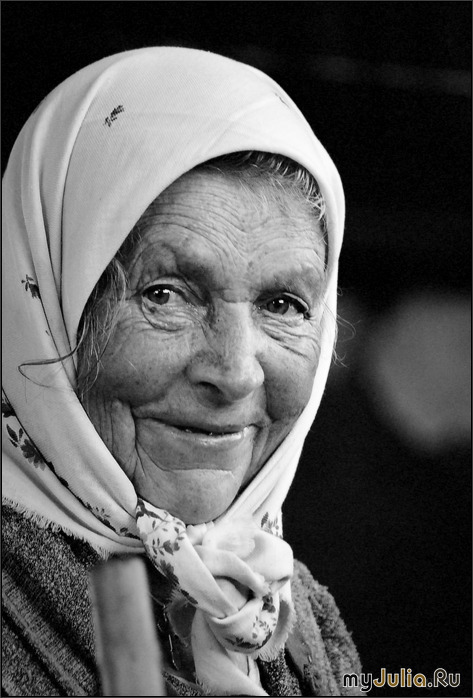 Half a decade ago, the few converts to Orthodoxy were usually individuals who wanted to marry an ethnic Orthodox Christian. Catechetical preparation for reception into the Orthodox Faith was minimal, at best.

In the past thirty or so years, we have experienced a literal flood of converts to the Faith. They are embracing Orthodoxy because they realize they have found the true Faith. Almost every parish now has classes for those who are interested in converting to Orthodoxy, and instruction in the beliefs of the Church is quite intense.

Thanks be to God!

While catechumens and newly baptized adults learn about doctrine, worship and Orthodox theology, there are a number of practices which often go unnoticed. When people visiting monasteries see or hear about certain practices they are amazed and say “I never knew that!” even though they had undergone extensive catechetical instruction. Often they ask, “Where does it say that?” The truth is that while we very often can point to canons and specific teachings, there are many things that come from the “living tradition of the Church.”

Note that this is “tradition” with a small “t”, not a capital one.

Many people of ethnic background who grew up in the Faith had a grandmother who was their first and primary teacher in Orthodoxy. A number of those grandmothers were uneducated in the formal sense of the word, but they truly lived their Faith. Perhaps they could not expound on theology, but their piety and faith spoke louder than any words. One Greek priest referred to some of the things we learned from our grandmothers as “Yiayia-ology”; a Russian priest called it “Baba-theology”. While some things may be tinged with superstition, many of these grandmothers’ teachings are true traditions that are not included in formal catechism, but which form a valid practice in the life of the Orthodox Christian.

We would like to present a few practices which are very valid. Some of the following are perhaps pious “grandmother theology” while others are very definitely things that are included in the service books and/or in the holy canons of the Church. 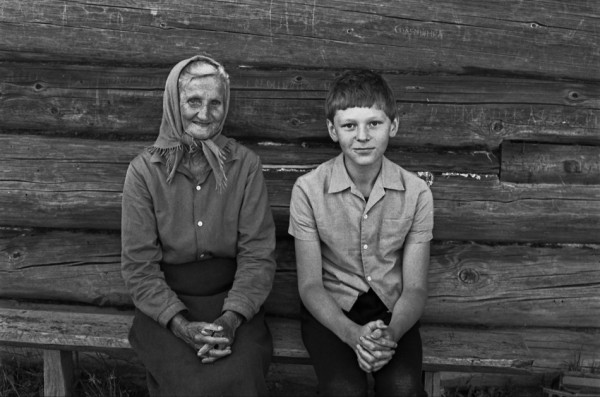 It is the practice in every Orthodox country to make the sign of the cross when passing by an Orthodox Church or cemetery, when beginning a task, and when setting out on a journey by car, train, plane, bus, etc. In passing a church, it is done as a sign of respect for the holy place; by a cemetery, it is a prayer for the departed, and in beginning any task or journey, it is asking God’s blessing.

The first time one would wear new clothes, shoes, etc. is to Church. Obviously this practice would not include things like bathing suits or prom dresses! In wearing something to Church for the first time, there is the sense that these clothes are dedicated to God and are to be worn in honorable situations.

This same understanding of something new being brought to the church is applied to a new car. There is a blessing in the service books of the Church specifically for this! The first place that a new vehicle should be brought is not to show one’s friends and relatives, but to the priest for prayers to bless its use and keep its occupants safe.

We know that the priests bless homes at Theophany, but no Orthodox Christian brought up with proper “grandmother theology” would ever move into a new dwelling before it was blessed by the priest. For those who are building a home, there is even a prayer for blessing the foundation of the house!

Catechumens have learned to observe their patron feast day by attending Divine Liturgy (if it is served), to pray to their patron saint, and to greet others who celebrate their feast day with “Many years!” There is more: the Church provides a special blessing for a coliva on a saint’s day. We often think of coliva—the sweetened boiled wheat—as something offered in honor of the departed, but there is also a “coliva for the saint”. This coliva can be the sweetened boiled grain, or it can be a bread, even fruit or pastries. It is brought to church and placed on a small table (not in the place where the coliva for the departed is placed) and then at the “Blessed be the name of the Lord” at the end of the Divine Liturgy, the choir sings the troparion to the saint, the priest comes with censer and holy water and reads the specific prayer for the blessing of this coliva in honor of the saint. After the dismissal of the Liturgy, the person who has offered the coliva distributes it to the people present in honor of his feast day.

It is also customary to make an offering either to the church, a monastery or the poor on one’s feast day, in honor of the saint, for the saints were not only offerings to God, but also teach us to show mercy and give alms.

Those serving as Godparents in parishes with a large percentage of converts, have learned well that among their responsibilities as a Godparent they are to pray for their Godchildren, help instruct them in the Faith through example, gifts of books, icons, etc., remember them on their feast days, share in their other special days (graduations, birthdays, etc.), take an infant or young Godchild to the chalice for communion, etc. Many Godparents still feel that they should be doing more. They are right. The canons state that he who is a father to someone spiritually is more a father than the one who is the biological father. (This “fatherhood” also applies obviously to those who are Godmothers). Just as a biological parent has financial responsibilities regarding the birth of the child, so the Godparent also has certain such responsibilities at the child’s/individual’s spiritual birth. These responsibilities include all of the expenses surrounding the baptism: the baptismal cross, clothing, towels, offering to the church/priest, and festive meal following the service.

We know that icons are venerated in our Faith, that we have icons in our churches and homes, even in our vehicles. We need to remember that these are holy and must be treated as such. Saints died for the sake of venerating icons, yet we who venerate them, who “collect” them, who adorn our homes with them are often iconoclasts! Just as no one would smoke a cigarette in church, he should also not do so in a room or vehicle which has an icon in it. Icons should be put in places of honor, not laying on top of a coffee table where something will spill on it, not placed on the floor, not in a place of dishonor like a bathroom or inside a barn.

Many church bulletins, newspapers and other printed matter have icons on them. These are still icons and should not be thrown into the trash can when we are done reading them. The proper way to dispose of any holy item is to burn it and then bury the ashes in a clean place (not in a garden which is fertilized with manure). Icons on bulletins, newspapers, etc. can also be cut out, mounted or framed, or sent to missions which are in need.

Prayers for the departed

There is a way of speaking in Orthodoxy that is very distinctive and which makes our very mention of someone who is departed a prayer in itself. Whenever someone mentions the name of a departed loved one or relative, they immediately say, “May God forgive him! her.” For example, “My grandfather, may God forgive him, had a great influence on my life.”

Of course, our faithful, both converts and those raised in the Orthodox Church, know that we pray for the departed at specific Memorial Services and that they are remembered at the Proskomedia before the Divine Liturgy. We can also request a Memorial Service (Panakhida, Parastas) for an individual or for family members at any time of the year (with only a few exceptions). It is traditional when having a Memorial Service to also make a financial offering to the church as well, and to host a meal in memory of the departed.

Very often, when a family member falls asleep in the Lord, the family will make an offering to the church of a needed item: an icon, candle stand, vestments, etc. in that person’s memory.

Offerings in memory of the departed can be given at any time whatsoever, even without a Memorial Service. In fact, in villages in an Orthodox country it is very common to have a complete stranger approach you and hand you a handkerchief, a small bread or pastry, even a few coins, etc, saying, “this is in memory of my mother! father/brother, etc.” In accepting this gift, the recipient says “May God forgive him/her.”

It is especially the practice to make an offering on behalf of the departed if/when someone dreams of that person, for it is felt that the departed one is in need of intercession at that time. St. Ephraim the Syrian affirms that “the departed feel the prayers and sacrifices made for them.”

From The Veil, Vol. 13, No. 2 (Dormition Fast, 2006). The Veil is a publication of the Protection of the Holy Virgin Orthodox Monastery.