I was an Atheist: the Story of Fr. George Sungayla 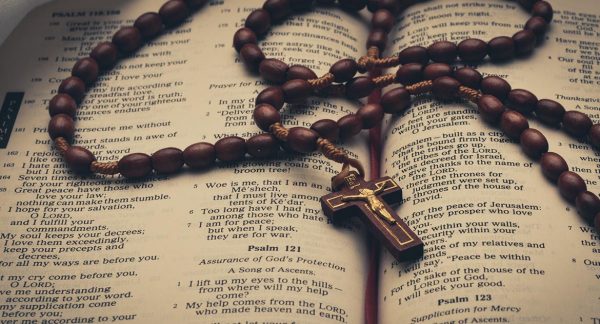 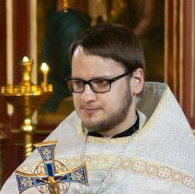 Now I am a priest. But there was a time when I … took off my cross necklace. My father was a Catholic, my mother was Orthodox, I was baptized as a child in one of the Lithuanian Uniate communities, and nevertheless my family was not religious. I remember myself as a teenager: how I looked down on Christians, believed that Christianity is a collection of superstitions, a belief in the “bearded man in the skies”. I loved to arrange endless “tests” for Him like “If you exist, let this or that happen tomorrow.” And even if it did happen – as sometimes it did – it did not convince me in any way. It did not touch my heart. One day I proudly declared myself an atheist. Then I took off my cross necklace. But after a few years, a whole series of events occurred that changed everything.

One day during my studies at the university in Vilnius, we were told to read … the Gospel of St. Luke! Yes, we had a discipline where, among other things, the history of religions was studied. I remember how my classmate and I sat in our room in the dormitory, drank tea, read aloud chapter by chapter in turn, commenting on them. We were more and more amazed at the power of what we read. From time to time we went out to smoke and … thought: “How good would it be if all of this was true?” We could not help but be surprised at the personality of a compassionate, loving Christ. It seemed that this is the ideal, the one you want to believe, the one you want to strive for. Having read the Gospel to the end, we were standing on the balcony, smoking, and we agreed to go to the nearest Catholic church for a service the following Sunday.

And so we did. Soon we began to enter the churches of other confessions. We didn’t consider ourselves Christians yet, but our habits and way of life were gradually changing. My friend felt that looking at frivolous pictures and getting excited was sinful. Once he confessed to me: “You know, I can no longer look at these abominations… I feel that this is somehow wrong.” And smoking became disgusting to me.

Then one night I had an amazing dream. As if I was ascending somewhere upward, and there I was surrounded by some light beings. I felt pride right away, but suddenly I got scared of something. I tried to read the Lord’s prayer, but I could not remember many words, and then everything changed: the light dimmed, the creatures darkened and began to scream, and I flew down and woke up, as if from hitting the bed, as if I fell on it. It was dark outside the window. And in fear, trying to remember how the Lord’s prayer ends, I began to look for my old cross pendant. When I found it, I put it on and never took it off again.

The last straw for me was attending a service in an Orthodox church. It was summer, I was visiting my Orthodox grandmother and asked her to take me to the service. I stood at the all-night vigil, not understanding anything, and I felt … at home. I felt that God was near. And I already wanted to come there again in the morning for the liturgy.

And finally everything fell into place on the Orthodox Pascha, when I was already in Vilnius. After a long break, I went to the service, this time to an Orthodox monastery. During the service, I again felt that I had met God.

The next Sunday I came back and after the service I told an assistant that I would like to talk to the priest. But it turned out that he had already left and would not be back soon. I stayed there and waited for him. I sat down on a bench and prayed for two hours before the icon of the Vilna martyrs. Suddenly a monk came up to me and asked me what was worrying me. I told him that I was baptized by the Uniates as a child, and now I want to join the Orthodox Church. He game me the “Law of God” book. I read it for a month, then confessed my sins, became a member of the Orthodox Church, united with Christ, and He brought into my life true happiness, peace and joy, which I had never experienced before in my life. And later, I decided to devote my entire like to serving at the throne of His temple.