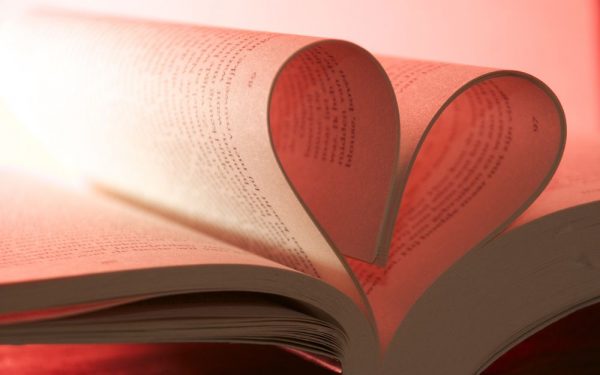 Archpriest Nikolai Lyzlov, a priest of the Holy Trinity Church in Khokhli, Moscow

In the prime of my life I thought that science and religion were incompatible and that science had proved that there was no God.

These thoughts were influenced by my belief in everything I learned at school and (as I see it now) in the classroom of the astronomy club in Moscow planetarium, which I attended for two years. I became a member of the astronomy club due to my attraction to the unknown, the mysterious, and the miraculous: the everyday life did not satisfy my soul’s interests. Then I took part in geological expeditions, climbed mountains, was fond of literature, music, and painting: both classic and avant-garde; participated in the dissident movement. Yet nothing brought spiritual satisfaction, there was always something missing…

Back then I did not know the Saint Augustine’s strong words, “Thou hast made us for thyself, O Lord, and our heart is restless until it finds its rest in Thee”. I read science fiction with passion (it was the same thirst for the miraculous!). At that time, it was impossible to buy the Bible, works of the Holy Fathers, religious thinkers, and religious scholars in bookstores or to borrow them from the library (unless, of course, you had access to a special repository).

I remember that A.I.Vinogradov, one of the fighters on the atheistic front, testified, “There was a speech on atheism scheduled for the staff of a production department, and the district office of the company “Knowledge” received a request for a lecture on the Bible <…> they say, it is a terribly interesting book and seems to be SECRET, as it is not sold anywhere and the local library does not have it”.

But then I turn 33 years old, and a book called “Apostolic trip” comes into my hands. Its author, Vladimir F. Tendryakov, was an atheist, a deputy chief editor of the “Science and Religion” magazine. He was a sincere atheist, who tried to find the answers to the challenges, which the era posed to atheism.

Let me remind those, who have not witnessed this era, that, according to the Marxism-Leninism doctrine, the theory of “scientific” atheism, religion is a product of the exploitative society, oppression of people by people (for example, Karl Marx wrote, “Religion is the sigh of the oppressed creature, the heart of the heartless world”), and the product of darkness, and people’s ignorance.

It was stated that the establishment of a society, which would not have exploitation and illiteracy, will lead to the disappearance of religion. In the mid-30s in the USSR a socialist society was established, illiteracy was eliminated, and in the 60s “the USSR was considerably superior to such countries as Great Britain, Federal Republic of Germany, France, Japan, etc. by the number of students per 10 thousand inhabitants”.

However, contrary to the theory of “scientific” communism, religion in the USSR not only survived, but more and more people with higher education and scientists found faith.

From what I could see, in this book Tendryakov set out to show how a modern intellectual could come to God, try to live by faith and, according to the atheist and writer, return disappointed to the “normal” (from the author’s point of view) life.

The central character of the story is a journalist, who works for a scientific and educational journal for young people, and he is tormented by the question of the meaning of life and death:

“I appeared is a fait accompli. But what for? My “self”, like the “self” of billions of others, will end in a pathetic mound of earth. It is as undeniable as the fact that I exist at this moment. A pathetic, meaningless mound of earth. I live for it, I go to it, I will not miss it: I will disappear there.

The ultimate goalis the grave! There is nothing more senseless than me in the boundless Universe <…> Every child stumbles upon it (that is the question “what do I live for?”. – Archpriest Nikolai), and Einsteins and Friedmans with professional solidity pretend that there is no such question. They amuse themselves and the world with the solution of side charades: whether the Universe is finite or infinite, how the electron moves around the nucleus… Just to escape, just not to admit to themselves their own senselessness”.

Such reflections almost lead him to suicide. In the period of painful hesitation, the character of the story gets the assignment from the editor office to write an article that should simply explain the most modern at that moment theory of the Universe’s genesis, the Zeldovich-Smorodinsky theory. In order to better understand this theory, he meets with one of the major theoretical physicists, talks to him. He comes to the conclusion that amazed me: science does not know how the Universe began and can never know.

The puzzled character of the story speculates, and I follow his line of thought, “Then what are the advantages of Zeldovich-Smorodinsky hypothesis over another one, where nebulous God created the world from chaos in six days? “And God called the dry land Earth, and the gathering together of the waters He called Seas. And God saw that it was good”. It is simple and clear, at least, vivid, without any obscure neutrino and antineutrino. Both the first hypothesis and the second one are not the truth: at the end of the day they are of the same value. It turns out that science has no advantages over a naïve myth”.

A bit later he will conclude that all people are believers: only some believe that God exists, and others that He does not. This conclusion struck me.

The character of the story claims that science does not know how the Universe began. However, it is an opinion of the story’s character, I thought then, but what do the scientists say about this?

I started rereading the books, brochures, and magazines left over from the club days; then I started surfing the library for the new ones or buying them. As a result, I found that most scientists directly or indirectly acknowledge the fact that science does not know not only how the Universe began, but also how life and mind originated, how human consciousness functions. Yet since science does not know how the Universe, life, and mind came into being, then, I thought, it cannot state that it knows that they came into existence by themselves, naturally, and were not created by God.

A.I.Osipov, a well-known theologian, has the following idea, “From the science viewpoint, the comprehended world is infinite. However, in this case it remains possible for science either to “meet” God at some point if He exists and to prove His existence or to remain outside the knowledge of His existence. It can never be said in the name of science that God does not exist, even if there was no God”.

Yet I read this idea years later, but back then I continued to intensively read the literature on the origin of the Universe, life, and mind and became more and more convinced that the teachings of the so-called scientific atheism about the creation is in greater contradiction with the data of modern science than Christianity is.

The search for the answer to the question about the meaning of life and death led me to introduction to church people, and through them to works (usually in typewritten or photocopied version) of religious scholars, religious thinkers, to works of the Holy Fathers… Later I learned what fasting, prayer, church sacraments are… After that I became a priest.

The impetus for all this was the book of Vladimir F.Tengryakov, an atheist and a writer, the central character of which was 33 years old, the same age I was at that time.