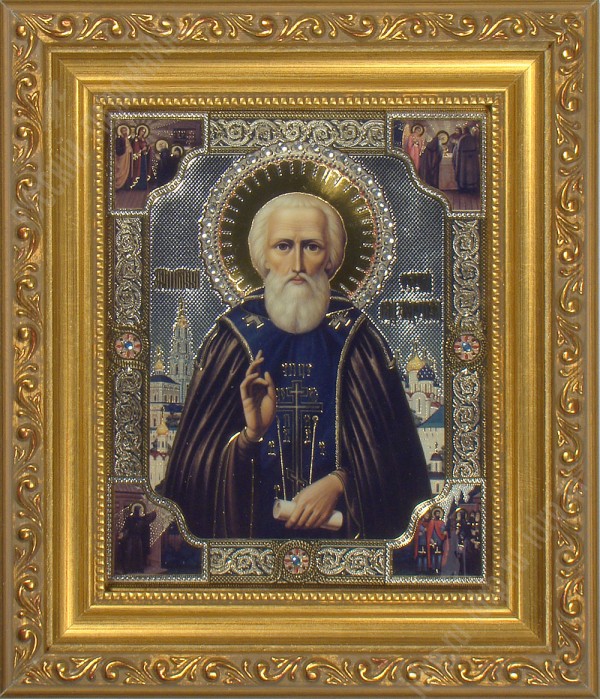 Four icons are myrrh-streaming in the Church of Sts Vera, Nadezhda, Lubov and their Mother Sophia in Dnepropetrovsk. The icon of St. John the Baptist was the first to start “crying” – it happened on October 14, the Feast of the Protecting Veil of the Mother of God, the Argumenty i Fakty weekly reported.

“First time, the icon gave myrrh in 2008, before a terrific flood in the Western Ukraine. Then the icon “cried” in March 2012, it was a flood again, but it wasn’t so disastrous. Finally, the Holy Virgin started crying in January 2014. We understood that the Mother of God warns us against something,” tells Hegumen Paisy(Kukharchuk) from the Hermitage.

Late in April, the icon of St. Sergy of Radonezh began myrrh-streaming in the town of Smela, the Cherkassk Region.

On the eve of the Epiphany icons started giving myrrh at home of a Genichesk resident, the Kherson Region. The same case took place on the Easter eve in a prayer tent on the Maidan in Kiev.

Most viewed articles
Our Prayers Should Not Be in the Form of Bargaining134
Conference on the 100th Anniversary of the Russian Church Abroad to Be Held in Belgrade in November104
Of Snakes And Men102
Happy (Church) New Year!100
Glorying In Our Weaknesses84
Representative of the Russian Church at the G20 Forum Stands Up for Believers in Africa and Ukraine63
Conference “World Orthodoxy: Primacy and Conciliarity in the Light of Orthodox Teaching” Starts Today36
Timișoara: Midnight Liturgy and procession with relics on 65th anniversary of canonization of St. Joseph the New26
The Cross, the Goo, and the Butterfly1
Most popular authors
Pravmir.com team199
Abbot Tryphon134
Deacon Andrei Psarev104
Fr. James Guirguis102
Archpriest Michael Gillis84
Aurelian Iftimiu26
Fr. Jeremy1