“If Anyone Comes to Me and Does not Hate His Father”: Are We Really Called to Hate? 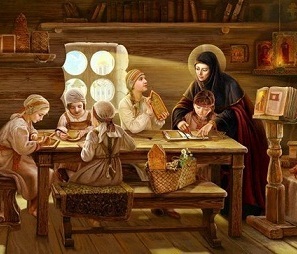 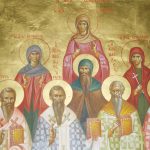 Do you hate your father? Do you hate your mother? Christ says: “If anyone comes to Me and does not hate his father and mother, wife and children, brothers and sisters, yes, and his own life also, he cannot be My disciple” (Luke 14:26).

Of course, any Christian with a modicum of understanding knows that such a verse is not to be taken literally. Christ does not mean that we should hate anyone. He certainly does mean that nothing, not even wife and children, should come between us and the Kingdom of God. In truth, we do not truly love our wives and children (and others) rightly if we love them in a manner that comes between us and the Kingdom. The verse is a parallel to Matt. 10:37: “He who loves father or mother more than Me is not worthy of Me. And he who loves son or daughter more than Me is not worthy of Me.”

But the above represents a short, and obvious lesson in reading the Scriptures. A similar verse:

Do not call anyone on earth your father; for One is your Father, He who is in heaven (Matt. 23:9).

Despite the long-running attempts of certain Protestants to distort this verse – it has nothing to do with how priests are addressed or calling our earthly fathers, “father.” Some (in English) feel secure from the strictures of this verse when they call their earthly fathers, “Dad, or Daddy, Papa, etc.” as if Christ somehow only meant to forbid a certain word.

The statement concerning our earthly fathers belongs to the same category of statement as the one in Luke 14. They are statements given to us in such an extreme form that their value lies in their ability to startle. The application of Matthew 23:9 to the title of priests distorts its meaning and perverts Christ’s intention. The only value remaining in such a twisted interpretation is its usefulness in insulting otherwise honorable persons.

But what do we make of Christ’s intentions? What is it about honoring father and mother, sister and brother that provokes such startling statements? In many respects, modern culture is unable to hear the force of these statements because family has lost its once hallowed position. Within the circle of Christ’s followers (and their culture), family was deeply important. Peter and Andrew are brothers, as are James and John. James the “Brother of the Lord,” is the son of Joseph the Beloved and becomes the leader of the early Jerusalem community. He is followed by Simeon, another “Brother of the Lord.” Research in the traditions surrounding the twelve reveal yet more family connections. Not surprisingly, the early Christian Church was rife with extended family as was all of ancient society.

Only in our modern period has family ceased to be the most dominant aspect of human culture. Today it is not unusual for people to relocate and live at some distance from parents, grandparents and other members of the extended family. Indeed, with the shrinking size of immediate families, the extended family is becoming quite insignificant.  Brothers and sisters (and aunts and uncles) are virtually extinct in modern China with its “one-child” policy.  The bonds of blood have thinned almost to the point of irrelevancy.

But in their time, almost nothing carried more power than blood ties. Thus Christ’s language of “hating” father and mother would have been shocking in the extreme.  His words take the Kingdom of God into the very deepest recesses of human loyalty and challenge the instincts of our flesh. Family, given to us by God and blessed, can become idolatrous. Its inherent natural powers all too easily allow family to become the center of life.

The Church’s Tradition is filled with stories of family ruptures over the call of Christ’s kingdom. Monastics leave father and mother, renouncing all family ties, and enter the strange world bloodless devotion. Husbands and wives are betrayed by their unbelieving spouses and endure martyrdom.

Christ’s last conversation to Peter comes to us all, “Do you love me more than these?”

With today’s families lying in ruins, Christ’s question can become hollow. It may even be an excuse to ignore God-given duties. It would be very apt today to ask, “Do you love family more than career?” We live in a time when economic policies of various sorts work directly against the stability of family – and extended family in particular. Those individuals who will not re-locate will not climb the economic ladder. Family and Mammon put our loyalties to the test. Mammon is winning.

The same Christ who revealed Himself as the proper subject of our loyalty, has also revealed Himself as the friend of family. Blood-ties are not necessarily contrary to the Kingdom. The opposite is true. Holiness often seems to run in families. Perhaps the most notable example is the family of St. Basil the Great. His grandmother, St. Macrina the Elder, was a powerful influence for holiness. His parents, Basil the Elder and Emmelia are honored as saints. He was one of nine children, five of whom are honored as saints in the calendar of the Church. There are other such examples.

In the modern period we have the testimony of St. Silouan of Mt. Athos, who described his own peasant father as “wiser than any spiritual father” that he knew on the holy mountain. In the lives of the saints there are far more examples of men and women rising in sanctity who were first nurtured in that direction by their parents. There are others, to be sure, such as St. Mary of Egypt and St. Moses the Black, whose backgrounds provide the material for great conversion stories.

At a time when family is in great decline, holiness wanes as well. The wounds and demons nurtured in our broken societies are the stuff of great spiritual warfare. The simple struggle for a life of “normalcy” may be a greater spiritual achievement in our time than the great feats of the desert fathers. This is known only to God.

Grant us grace, O God, to rightly honor those whom we call “father,” and grant them to rightly divide the word of Thy truth.