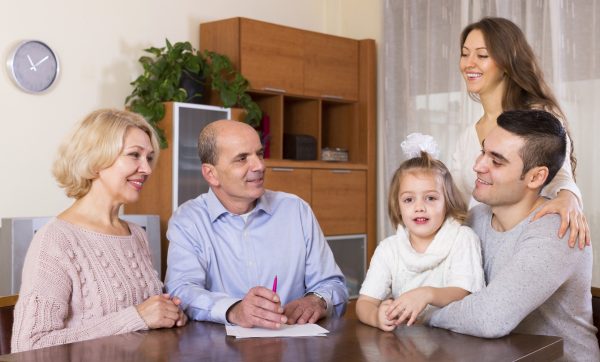 When an important decision needs to be made in the family, should the father make the decision unilaterally? Or should he get input from his wife and children?

The same question can be asked in a church, or in a monastery. Should the Abbot or Bishop make all decisions unilaterally? Or should young church members be allowed to provide input?

Dictatorship or Democracy? It is often assumed that these are the only two options. Should the man in authority make all the decisions? Or should we vote on everything?

The Orthodox Church teaches us to do neither. It is a false dichotomy invented by the devil, and we should not fall for it. There is a third option which is advocated by Orthodox Saints. It is possible for all people to have a voice, without having a vote.

St. Benedict of Nursia is one of the great fathers of Orthodox monasticism. He was born in the 5th century, and the Serbian Orthodox Church includes an account of his life in the Prologue of Ohrid. He founded many monasteries, and he wrote a definitive guide regarding how monasteries should be run. This guide is called the Rule of St. Benedict, and it has been used as a foundational document to start countless thousands of monasteries.

During the time of St. Benedict, monasteries included both adults and children. The abbot of the monastery was not merely called “Father”, he actually stood in the place of a father for any boys who were in the monastery. Thus the Rule of St. Benedict includes many specific provisions for the proper training and raising of godly children. Many of the principles which govern the management of a monastery, are also principles which can be applied to the proper management of a family. An Abbot in a monastery is similar to a Father in a family. There is even a book available which explores this connection in some depth.

In the third chapter of the Rule, St. Benedict explains the Orthodox way to make weighty decisions:

Whenever anything important has to be done in the monastery, the Abbot must assemble the whole community and explain what is under consideration. When he has heard the counsel of the brethren, he should give it consideration and then take what seems to him to be the best course.

The reason why we say that all should be called to council is this: It is often to a younger brother that the Lord reveals the best course. But the brethren must give their counsel submissively and humbly and not presume stubbornly to defend their opinions.

The decision should, however, depend mainly on the Abbot’s judgment, and all should be joined in obedience to what he considers the soundest course. But just as it is fitting that disciples should obey their master, so it is incumbent on him to settle everything with foresight and justice.

Notice how St. Benedict avoids falling for the false dichotomy. He does not give everyone an equal vote. But he also does not allow the Abbot to make unilateral decisions, until he has first sought council from the very youngest members of the monastery. And since 6th century monasteries normally included children, that means grey-haired Abbots were patiently listening to the opinions of young boys.

St. Benedict gives the reason for this. The Father of the community needs to hear the opinions of the young, because “It is often to a younger brother that the Lord reveals the best course.” Just because you are older and wiser does not mean that your opinion will always be better. God loves to encourage humility. And there is nothing more humbling for an Abbot, than to hear a child come up with a better idea.

Still, the Abbot is the Abbot. He is the leader of the community, and the course of action is not put up to a vote. Once the Father has heard everyone’s opinions, and has given due consideration to everyone’s concerns, it is he and he alone who makes the final decision. He may conclude that one of the younger brothers had a good idea. Or he may conclude that their suggestions are unwise. He may rule in agreement with the majority of the brothers, or he may rule against the majority.

In an Orthodox family, major decisions should be made in a fashion that is something like this:

This approach actually strengthens the authority of the father, and decreases any risk of rebellion from his wife and children. This is because people find it easier to trust and obey a leader who has taken time to hear their concerns.

It is true that some children will balk at step #3. This happens when they have not been properly trained. If Dad makes a decision, and the children complain about it, it is important to provide them with discipline, so that they learn how to behave in a godly manner.

An Orthodox family is neither a dictatorship nor a democracy. We do not share authority equally. We do not vote on what to do. But neither do we make unilateral decisions, without listening to the thoughts and concerns of those who are under our authority. By following the Rule of St. Benedict, we avoid both errors.