Source: Interfax-religion
Natalya Mihailova | 11 August 2014
Moscow, August 11, Interfax - The Imperial Orthodox Palestinian Society (IOPS) has urged Russians to provide whatever help they can to the blockaded residents of the Gaza Strip. 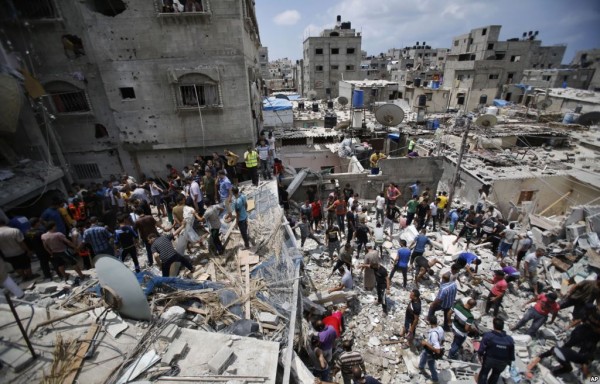 “Funds raised will be used to buy and send medication, baby food and foodstuffs to the Gaza Strip,” the IOPS said on its website.According to the organization, more than 1,800 people have already been killed as a result of the Israeli military operation in Gaza, over 140,000 Palestinians have had to flee their homes, around one million residents have no access to drinking water, the only electric power station has been destroyed, and houses, schools, mosques and churches have come under intense fire from land, air and sea.“The long-suffering Gaza Strip, with its population of 1.8 million, including around 2,000 Christians, living under the eight-year blockade, today urgently needs humanitarian aid. Residents of the Palestinian enclave are experiencing severe shortages of drinking water, food, medications, there is no electricity, no diesel fuel,” the statement said.IOPS Vice President Yelena Agapova, who leads the organization’s public center for the protection of Christians in the Middle East and North Africa, maintains contact with the Orthodox clergy in Gaza via cell phone.“They testified that residents of the enclave are on the brink of starvation, many are injured, including children who have lost their parents. Pain and desperation are everywhere,” the statement said.The IOPS was founded in 1882 on the order of Russian Emperor Alexander III. The Society’s principal goals and objectives are: to organize trips for Russian pilgrims to holy places (Palestine, Athos, Bari), to assist Russian Church services abroad, to conduct cultural and educational activities for population in the Middle East and academic research into the historical legacy of the Holy Land.