In pictures: Sunday of Saint Gregory Palamas marked in Thessaloniki 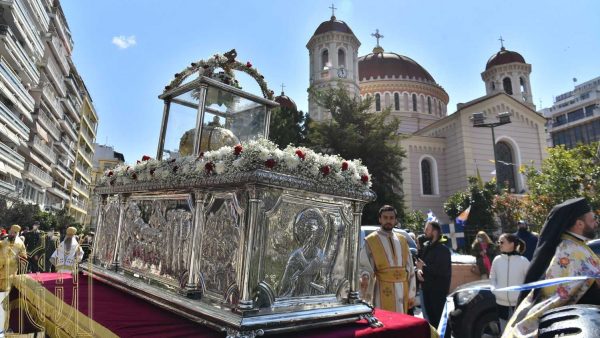 The Sunday of Saint Gregory Palamas was celebrated with great pomp in Thessaloniki, where he pastored as archbishop for twelve years (1347-1359).

The reliquary was carried by an army car and accompanied by clergy, military and thousands of believers.

St. Gregory Palamas has two feast days in the Orthodox Calendar. One is the second Sunday of Lent and the second, on November 14, the day of his blessed repose.

St. Gregory Palamas structured hesychasm as a teaching and practice of the Eastern tradition and was canonized in 1368 at the Synod of Constantinople. The Romanian Patriarchate honours him in 2022 as part of the Commemorative Year of the Hesychast Saints.

At the Agape Vespers on the day of Holy Pascha, Patriarch Daniel noted that the Gospel shows us…