Source: DECR
Natalya Mihailova | 20 July 2015
July 16, 2015 – The Inter-Council Presence Commission met to discuss the attitude to non-Orthodoxy and other faiths at the conference hall of the Moscow Patriarchate department for external church relations (DECR). The meeting was chaired by Metropolitan Alexander of Astana and Kazakhstan, head of the Metropolitan District in the Republic of Kazakhstan. 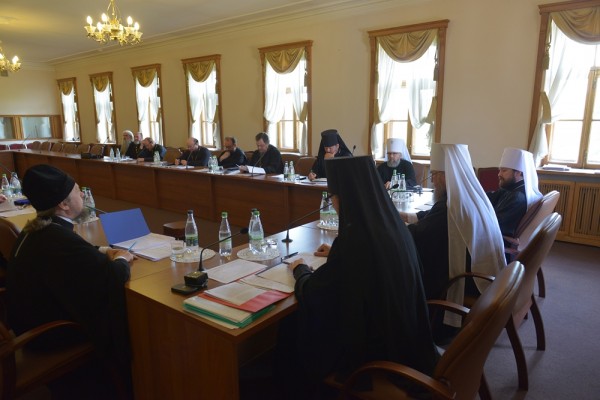 There was a substantial discussion on the preliminary draft documents ‘On the Prayer for Living and Dead Non-Orthodox Christians’ and ‘The Russian Orthodox Church’s Concept of Interreligious Relations’.

The Commission also considered some current matters concerning its work.