International Conference in Honor of Elder Paisios of Mount Athos and St. Cosmas of Aetolia to Be Held in Moscow

Source: Pravmir.ru
Natalya Mihailova | 19 October 2014
October 17, 2014. An international conference in honor of Elder Paisios of Mount Athos and St. Cosmas of Aetolia is to take place in Moscow on October 28. 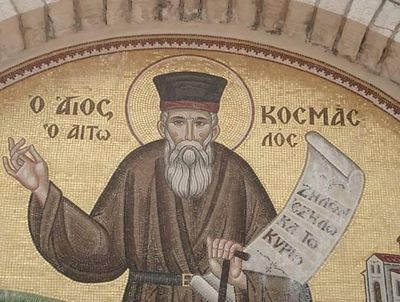 The “Guide to Mt. Athos” website has reported that the organizer of this international academic and theological conference, which is associated with their anniversaries, is a publishing house called “the Holy Mountain.”

Among the participants in the conference will be clergymen, theologians, scholars from Russian leading universities, cultural figures, and community leaders.

The Moscow Byzantine Choir called “Psaltika” will perform during the event. In addition, videos of people talking about Elder Paisios of Mount Athos, whom they knew closely, will be shown for the first time at the conference.

The conference will be held in a large assembly hall at the Russian Orthodox Church Publishing Council at 2 building, 20/3 Pogodinskaya Street in Moscow on October 28.