Source: RT
Natalya Mihailova | 06 December 2016
Two Iraqi archbishops were denied entry to Britain for an important Syriac Orthodox Christian ceremony because they could not prove they had sufficient funds to support themselves while in the country. 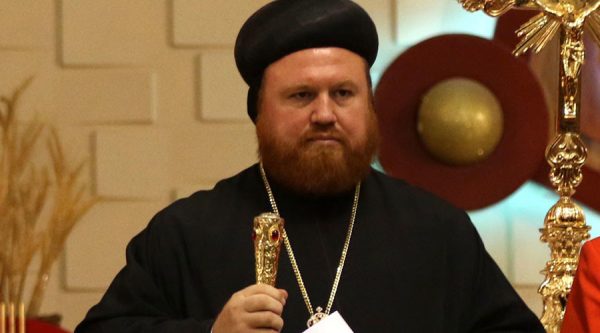 The Home Office barred the two clergymen from the consecration of the Cathedral of St. Thomas in Acton, west London, the first Syriac Orthodox Church in the city, fearing the men would overstay their permits and claim asylum.

According to Archbishop Dawod, the clerics were told:“First, you might go and not come back; you might apply for asylum. Second, you don’t have enough money to spend there.”

He added that the decision was “ridiculous” as the men had visas for the United States and Europe’s Schengen area, as well as enough money to travel.

“Why did the British refuse?” Archbishop Dawod asked. “They give visas to people who don’t deserve them.”

A third archbishop, Mor Selwanos Boutros Alnemeh, of Homs and Hama in Syria, was also said to have tried to apply for a visa, only to be told by the British embassy in Lebanon that he was unlikely to succeed given his Syrian nationality.

Prince Charles, who attended the ceremony in late November, said it had been “deeply encouraging” as Christians went through “appalling suffering” in Iraq and Syria.

“All visa applications are considered on individual merits and applicants must provide evidence to show they meet the requirements of the immigration rules,” a Home Office spokesman said.

Over 60 percent of Iraqi visa applications and just under 50 percent of those by Syrians were rejected over the last year. The figure was up from 36 and 32 percent respectively in 2010.