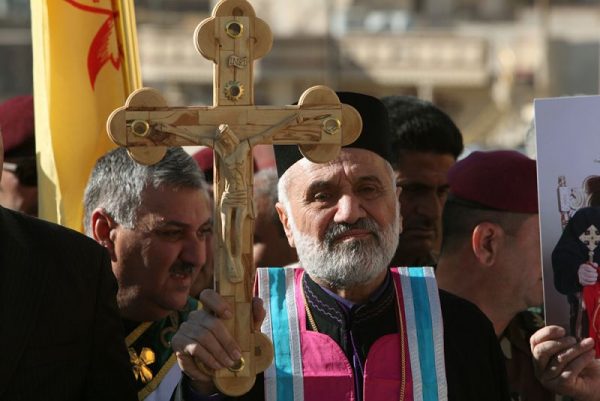 Christians in Iraq will begin an 80-mile march on Palm Sunday with a mass in Irbil, calling for an end to violence by the Islamic State terror group in their country as well as throughout the Middle East.

A group of about 100 people, which would also include a few foreigners, will participate in the peace march which will begin with a mass in Irbil on Sunday, according to Patriarch Louis Sako of Baghdad of the Chaldean Catholic Church.

“They will walk from Irbil to Alqosh in the Ninevah Plain, needing one week or more because the journey is very long, some 87 miles,” Sako told Catholic News Service. “I will join them in a village near Alqosh on Holy Thursday.”

Iraq was home to 1.4 million Christians in 2003, but now they number only about 250,000. While many were killed, others fled the deadly and frequent attacks by Islamic State, also known as IS, ISIS, ISIL or Daesh.

“At the moment, we are going through the tunnel, and we need to work hard and pray without ceasing for peace in our country and the region and for the safe return of the forcibly displaced people to their homes and properties,” Patriarch Sako recently said in a Lenten address.

The church leader hopes for “a real resurrection, a quick return of displaced to their homes, and a restoration of peace at our churches, country and the whole world.”

Security forces backed by a U.S.-led international coalition last year took back several cities in Iraq from IS, and liberated eastern Mosul in December. They are now trying to liberate the western parts of the city.

Christians are now returning to their homes on the Plains of Nineveh about three years after being displaced, and three major church groups in the country have come together to rebuild more than 12,000 houses that were destroyed or damaged.

A recent report on the ancient Iraqi city of Qaraqosh, which was liberated from IS last year, revealed that one of the oldest Christian communities in history living there remains decimated, but residents have hope that God will restore their land.

“The ones who I walked around Qaraqosh with were adamant that their faith is even stronger than it was before and vowed to reopen the burned church and fill it with an even bigger crowd than before,” professor Ryan Mauro, a national security analyst at the Clarion Project, said in a report published in Breitbart News. “To them, God will use this hell they’ve endured to perform a miracle.”

Qaraqosh was liberated in November 2016, but the war left it leveled to the ground, with piles of rock and debris being the only things remaining in places where homes once stood.

In an interview with Fox News last month, Canon Andrew White, an Anglican priest known as the “vicar of Baghdad,” said the “time has come where it is over, no Christians will be left. Some say Christians should stay to maintain the historical presence, but it has become very difficult. The future for the community is very limited.”

He added, “If there is anything I can tell Americans it is that your fellow brothers and sisters are suffering, they are desperate for help. And it is not just a matter of praying for peace. They need a lot — food, resources, clothes, everything. They need everything.”