Source: The Irish Catholic
Natalya Mihailova | 23 February 2017
It has been reported that Muslims in the frontline Iraqi city of Mosul have prepared the Virgin Mary Chaldean church for the benefit of Christian families returning after the left-bank of the coty was liberated from the grip of so-called Islamic State (ISIS). 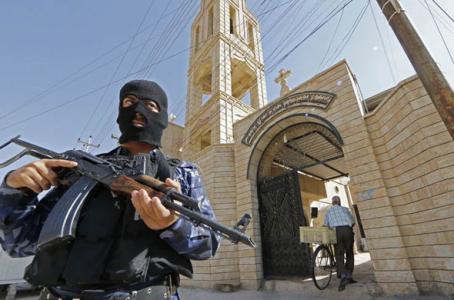 Having served as a logistical base for the terror group during its occupation of Mosul, the church was spared serious damage. Liberated in the advance of the Iraqi army, and now cleared of the potential threat of booby traps, the church became a hive of activity in recent weeks when Muslim volunteers, mainly young people from the city, gathered to clear rubble and make the church building usable for Christian worship once more.

The clean-up operation was completed in time for the return of the first Christians, reported to be three Armenian families who have returned to the homes they occupied before the 2014 onslaught by ISIS.

Does It Matter if Jesus is…

Most viewed articles
The Eros of Marriage221
Patriarch Kirill Urges Women Not to Have an Abortion191
Shooting in Kazan – How Did God Allow Such a Tragedy? A Priest Replies191
Does It Matter if Jesus is God or Not?98
‘Pray for Peace’: a Plea from Jerusalem as Violence Continues67
Metropolitan Kirill of Kazan Visits Children Injured in the Attack on the Gymnasium57
Moleben for Peace in the Holy Land to Be Held Tomorrow in Moscow47
The Emigration of Abraham18
Most popular authors
Pravmir.com team553
Fr. Vasile Tudora221
Archpriest John Moses (+2019)98
Archpriest Lawrence Farley18