Is the Lack of Interest in Other People a Diagnosis? 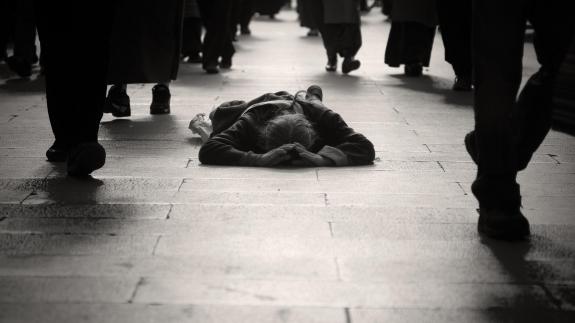 Who is my neighbor? It seems that everything is clear: the neighbor is a relative, a loved one, a friend, an acquaintance, a colleague, a person from your inner circle. It is them you should love as you love yourself. And those others around… However, Christ had a different opinion on this matter.

The Parable of the Good Samaritan and the Jew, who got in trouble, will always sound relevant from the pages of the Holy Scripture. The imperfection of human society has always given rise to a social, political and ethno-confessional conflicts of varying degrees of tension. Sometimes they can be “cold” and last for centuries, manifesting themselves only at the mundane level with a layer of gloomy hatred towards each other. Perhaps, there is no need for examples: you have had enough of them in life. Simply look around. You live in a huge metropolis, on the streets of which thousands and millions of passers-by are marching. There is a lack of interest in other people in their gaze. Every day there are tearful calls for help in raising money for operation on a baby in the social networks feed… We are scrolling further down. An apartment building can be compared with a small village on a number of inhabitants. Yet if rural lifestyle allows people to lead a more or less friendly life, then in the city you may not even know the name of a neighbor from the apartment across yours.

If a person was created by God, then all people are relatives. Although the relations of relatives in our days may be a bitter confirmation of the spirit of this world’s wolfish alienation. And it seems that only a misfortune helps us to remember that we are humans, and neighbors are like us, from flesh and blood, around. One can only be glad that someone else’s pain often awakens tens, hundreds and thousands of people to respond and help despite a million of barriers, which people have been building artificially for centuries, atomizing and budding from each other by erecting high walls of alienation and unapproachability.

A heathen Samaritan, a half-Jew picked up a beaten and dying man on the road to Jericho, spent his time, overcame disgust and fear (we all experienced it when helping people in similar situations), payed for the inn and care of the poor man and quietly went his way. Was the injured man a neighbor to the Samaritan? They were not relatives. Christ deliberately chose this example to show the abyss between two people by human standards. The Savior also demonstrates how the abyss between completely different people gets bridged, when God’s laws come into play. The laws of love.

In the image of the beaten Jew there is an essence of all mankind, which replaces the rules of God with their inventions and values, and in the image of the Samaritan – Christ, who is obscure for His contemporaries, therefore, alien, but, despite this, infinitely Loving and Merciful. He came down to earth to help people free themselves from these very false beliefs, become humans in the highest meaning of this word. Contemporaries complain of depression and loss of meaning of existence. Indeed, where can the energy and inner light come from if you focus only on yourself, on pleasures and entertainments, on pleasing yourself and pursuing only personal goals? Meaning manifests in serving, in sharing with neighbor their joy and pain. A person is revealed only in sacrifice for the sake of another person, their life brightens with meaning, and soul – with light. In fact, when you respond to the pain of the neighbor, you can feel alive. A person you met right now, no matter the way they are, carries the image of God in them. Love for people around you is the key to perfection and another little secret of finding great happiness.