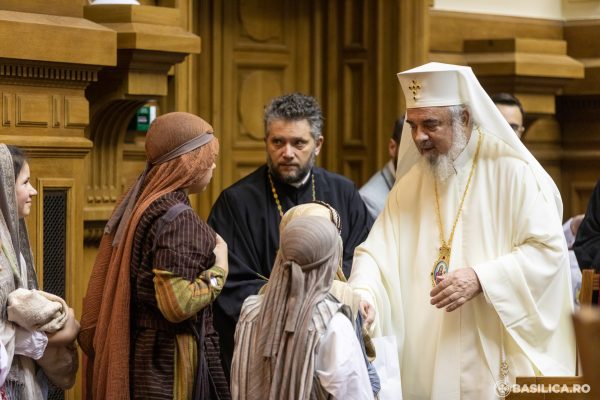 Patriarch Daniel on Friday, December 6, 2019 highlighted the popularity of Saint Nicholas throughout Bucharest, Romania and the entire Christian world.

“I have recently learned about the great devotion of the clergy and the believers in Bucharest to Saint Nicholas,” the patriarch said.

“I knew that in Bucharest there are almost 30 churches dedicated to Saint Parasceva, but the last few days I asked for a list and I found with great joy that 44 churches in Bucharest – not in the surroundings, but only in the city – have Saint Nicholas as main or secondary Patron Saint.”

“This means that in the capital of our country, the most popular saint is Saint Nicholas. No other saint has so many churches under his protection.”

Why do the people of Bucharest prefer St Nicholas?

The Patriarch explained why the people of Bucharest chose St. Nicholas to be the protector of their churches: “Just to show that the essence of Christianity is the merciful love.”

“Saint Nicholas is not the greatest theologian among the Church Fathers. His theology is a simple one, a theology of facts. He has the qualities that the Saviour Jesus Christ enumerates in the Beatitudes in the Gospel of Luke: he was poor in spirit, that is, humble, and merciful and thirsty for justice, he was persecuted and endured.”

The Patriarch of Romania noted that for this reason, the Gospel proclaimed on December 6 is not the usual reading for a feast of a hierarch, but the passage containing the Beatitudes.

The Patriarch of Romania pointed out that in Orthodoxy the saints who most closely resemble God are the merciful and wonderworking saints. They do wonders for the sake of others, not for themselves, selfishly.

“It is very important to understand that generosity, big-heartedness, creates special connections between the merciful God and merciful people. And the world feels the love of Christ through merciful people.”

“The right-believing people have understood that true joy is not the joy that comes from stealing, accumulating goods, possessing many limited and transient things, but true joy comes from generosity.”

‘We find that the “City of Joy” as Bucharest was called in the past centuries (Makariopolis or Ilariopolis, in Greek) has discovered that true joy comes through generosity. Therefore, the City of Joy considered that there must be many churches protected by the Hierarch of Generosity.’

Ending his homily, Patriarch Daniel urged everyone to follow the example of Saint Nicholas in order to prepare the cave of our souls for the reception of the Christ Child.

His Beatitude congratulated those who bear the name of St. Nicholas, wishing them many years with good health, peace and joy, to follow the hierarch’s example and to defend the true faith in the face of sectarian wanderings, to be merciful and to cultivate virtues.