Source: CatholicCulture.org
Natalya Mihailova | 02 June 2016
The Syriac Orthodox bishop of the Iraqi city of Mosul has told a French publication that ISIS attacks have helped forge bonds of unity with Catholics. 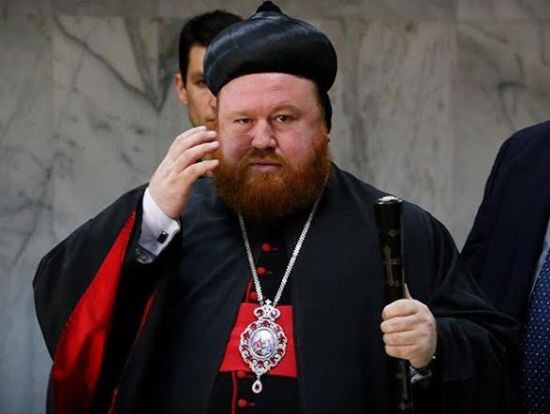 The Syriac Orthodox Church is among the Oriental Orthodox churches that ceased to be in full communion with the Holy See following the Ecumenical Council of Chalcedon in 451.

“This tragedy made us walk towards unity,” said . “Arriving in Mosul [in 2014], ISIS’s men chased the Christians indiscriminately. So why should we make differences? … Today in Iraq, we are working as one Christian church.”

The prelate offered strong criticism of Western policy toward Iraq:

One feels in some Westerners a diabolical greed. In international politics, they have always done everything to serve their own interests. For example, Europe and the US continually emphasize their new technologies, including the qualities of their satellites. They even say they can read the label of a sweater from space.

And how can we believe that they have not observed the rise of ISIS and the attack on Mosul? Who can believe that ISIS emerged on its own, as a surprise? Westerners always try to take advantage of a situation. Here, it is the oil that governs.